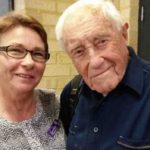 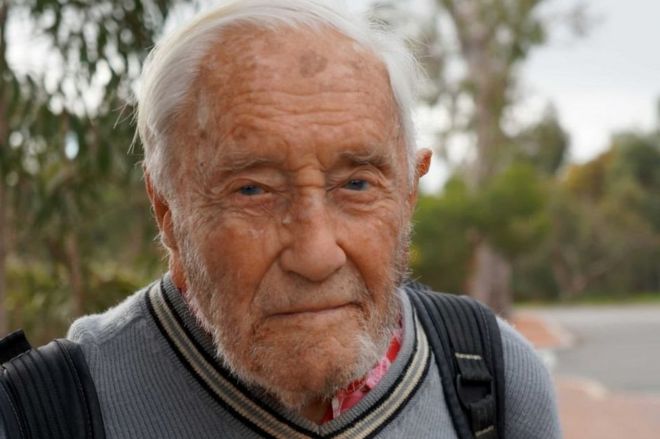 The lauded ecologist and botanist is not suffering from a serious illness but wishes to bring forward his death. Key to his decision, he says, has been his diminishing independence.

“I greatly regret having reached that age,” Dr Goodall said on his birthday last month, in an interview with the Australian Broadcasting Corporation.

“I’m not happy. I want to die. It’s not sad particularly. What is sad is if one is prevented.”

Assisted dying was legalised by one Australian state last year following a divisive debate, but eligibility requires a person be terminally ill. It is illegal in other states.

Dr Goodall says he will travel to a clinic in Switzerland to voluntarily end his life. However, he says he resents having to leave Australia to do so.-BBC

"I’m not happy. I want to die." Australia's oldest scientist will travel to Switzerland for assisted suicide https://t.co/PPFk1rpKrU

A 104-year-old scientist flying to Switzerland for an assisted suicide, says he "regrets" living so long https://t.co/gXFhnZxXx2 pic.twitter.com/qNxlhOBVvZ

Notice the progressive party is directly contravening EVERYTHING God endorses?

Soon laws will pass to enforce their agenda, and we will either submit or resist.

Where do you stand?

I’m in a doctor’s waiting room and there are three other patients waiting. All of them are watching videos on their phones with the volume up!!!

If I wasn’t here for an assisted suicide this would really piss me off.

100% against euthanasia and assisted suicide. Look how the hospital treated Alfie Evans. No way should doctors have the power to kill.

A case considering the nation's law on euthanasia began its hearing before the High Court of Appeal today. Dr Peter Saunders, has spoken of the case saying, ‘The blanket ban on assisted suicide is necessary in a democratic society…' https://t.co/z61DjpTceL pic.twitter.com/biu7JYWPhN

"My feeling is that an old person like myself should have full citizenship rights including the right of assisted suicide," Dr Goodall said. 104yo David Goodall prepares to end his life in Switzerland https://t.co/vD5JP3ytBS via @ABCNews

It’s quite possible. I think what’s making me feel conflicted is we often see assisted suicide in cases of debilitating disease not unhappiness. This makes me look at it in a much different way . It’s teaching me something.

"I'm not happy, I want to die."
Dr David Goodall, Australia's oldest scientist at the age of 104, will travel to Switzerland to end his life.

What does his occupation have to do w assisted suicide? “O well he’s smart because he’s a scientist maybe I can believe in assisted suicide too..” do what you gotta do, but don’t put him in the public spot light like this. #badTaste even if he wants the fanfare.

do you think assisted suicide should be legal in the US?

a bit different to suicide, it's not like they're going to make it available to everyone

I hope to be able to do the same. I hope sometime we all have the right to assisted suicide everywhere in the world.
104-year-old heads to Switzerland, a right-to-die nation, to end life https://t.co/IiHuhzhdTn via @nbcnews

Marijuana, assisted suicide and abortion are all at the center of the latest fight between Congress and the D.C. government. https://t.co/Dfqz5494em

Don't think you know the difference between murder and doctor assisted suicide. DAS requires legal consent from the patient and from like 2 different doctors and I wouldn't be surprised if a mental evaluation was done beforehand. Stop making up fake scenarios to feed your belief.

Posted in News
← Doug Ford planning to sell the greenbelt to the highest bidder?#RIPTwitter #iHeartRadio →