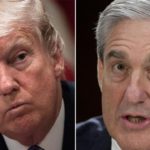 In some ways, special counsel Robert Mueller’s indictment of 12 Russian intelligence officers for their hacking and attack on the 2016 presidential election is Mueller’s least surprising move yet—but it might also be his single most significant.

News that paid employees of the Russian government—military intelligence officers, no less—interfered and sought to influence the 2016 presidential election, coming just days before the victor of that election will meet Russian president Vladimir Putin in Helsinki, amounts to nothing less than an international geopolitical bombshell.-Wired

BREAKING: Trump was briefed by Rod Rosenstein earlier this week on that Mueller would be indicting 12 Russians that hacked the DNC and the 2016 election. Yet he still moved forward with his Putin summit. And still attacked our allies and supported Putin. This traitor must resign.

Deep State activities like this indictment against 12 Russians confirm the advise of my legal team. Special Counsel Mueller and the DOJ cannot be trusted. My team asked me not to provide my Seth Rich evidence without solid legal protections for me and my family. They were right!

This morning, Rudy Giuliani said that the all charges in the Russia investigation should be "dismissed" due to bias by Peter Strzok.

I think Rudy Giuliani needs to be DISMISSED!

These 12 Russians also conspired conspired to hack into the computers of state election officials, per the press release.

BREAKING: 12 Russians indicted in Mueller investigation, accused of engaging in a “sustained effort to hack into the computer networks” of the DCCC, the DNC and “the presidential campaign of Hillary Clinton” https://t.co/gUfFcjitAC pic.twitter.com/C271JVZviE

12 Russians will now be the reason Hillary lost & why Dems should keep catering to their corporate donors.
Meanwhile, the emails were real. The Dem Party used resources to suppress the Sanders campaign. They also elevated Trump & ultimately gave him the White House. #12Russians

(THREAD) BREAKING NEWS: This thread is a *live reading* of the new Mueller indictments against 12 Russians connected to Russian intelligence (the GRU) for hacking into the DNC, DCCC, and Clinton campaign. I hope you'll follow along and share with any others who may be interested. pic.twitter.com/sOihCs2HsH

Deputy AG Rod Rosenstein is briefing the media on the 12 Russians who hacked the DNC in favor of Donald Trump. pic.twitter.com/pcWy4F9I3W

And don’t even get me started on how these 12 Russians ruined America’s 2-Party democracy by installing Superdelegates, by creating Citizens United and SuperPacs and forcing gerrymandering on us. Bloody communists will pay for this now!

Today’s indictment of the 12 Russians makes clear that they communicated with US persons (plural), including at least one in direct contact with senior Trump campaign officials. This individual provided the Russians with substantive feedback on the hacked materials. pic.twitter.com/NdgQcD2cFs

Breaking: Mueller indicts 12 Russians for hacking to impact 2016 election — these are the *first* criminal charges for the hacking during the election.

Trump must either CONFRONT Putin or CANCEL his summit! Indictment hyperlinked in this story: https://t.co/aF7IE7oqlD via @politico

And then, right after the most catastrophic election, these 12 Russians forced Democrats to do exactly NOTHING to change. They made them even reelect PELOSI and elect SCHUMER as their new leaders- after losing to DONALD TRUMP. Can you even begin to imagine how evil they must be?

Rosenstein scheduled indictments of 12 Russians while Trump was having his cherished photo-op with the Queen, and just before Trump meets with his handler Putin. It’s like: “I double-dog dare you to fire me, you unindicted coconspirator, you.” pic.twitter.com/Dx6OYDm5Hs

Today’s indictment of 12 Russians confirms the fact that Peter Strzok is a patriot, and Donald Trump is a traitor. Retweet if you agree. Then subscribe to the #DworkinReport below. https://t.co/vHxjMHfEFB

Kudos to the RNC for operating secure servers that apparently could not be hacked. Or maybe the Russians did hack them but could find no corruption worthy of public release. Who knows? https://t.co/L2J2OUUGlQ

"The President of the United States, through his spokesperson, issues a statement that says absolutely nothing about the country being attacked…I find it truly offensive" – David Chalian on the White House statement following indictment of 12 Russians https://t.co/VJi6rznAWf pic.twitter.com/YLh5wtnbRU

A sobering reminder that the 12 Russians indicted today may never see a day of incarceration for attempting to interfere with the 2016 election. While Reality Winner, who revealed to reporters their 2016 attempt to subvert voter software, has remained in jail ever since. pic.twitter.com/g5SMj6Acli

Today’s indictment of 12 Russians who participated in a massive, concerted operation to interfere in our elections shows that immediate action is needed to secure our elections – not more Republican sham hearings. #ProtectOurDemocracy pic.twitter.com/tFcVidvU6Y

Is it hard evidence Liz? Have the servers ever been looked at by mueller’s team? Has he interviewed Jillian Assange? Will these 12 Russians ever face a jury so we can know the truth? pic.twitter.com/XVBT7ODTex

#FlashBackFriday…#RobertMueller's indictment of the 12 #Russians today state that on:

Trump was told the indictments were coming. He still called the Mueller probe a witch hunt today.#DemForce https://t.co/gbz2lhPm7j

Mueller's indictment of 12 Russians for hacking the DNC is a good moment to revisit @raffiwriter’s extensive piece on Julian Assange and the culpability of wikileaks in the attack on the 2016 election: https://t.co/aYm9pHcPk8

The timing of the indictments of the 12 Russians is a big #Mueller FU to Russian Agent Donald J. Trump.@realDonaldTrump #Collusion

Putin said it was 'a man on his couch', but Mueller just indicted 12 Russians for hacking the DNC.

Almost as if the only person telling the truth in 2016 was Hillary. #Rosenstein #MuellerTime #TrumpPutinSummit #TRAITORS pic.twitter.com/r0WgtbdkWH

OK, so here are the names of the newly-indicted 12 Russians in the Mueller probe announced by Rod Rosenstein. What do they all have in common, you may ask?

They're all high-ranking officers in the Russian military. In other words, men answerable to Vlad Putin. pic.twitter.com/Oq9HsZRSK7

FBI drops the news that 12 Russians have been indicted for interfering with the 2016 election right before Trump meets with Putin.