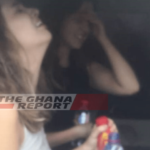 Two Canadian women who were abducted earlier this month in Ghana have been rescued, and their names have been released.

Ghana’s Information Ministry said the rescue operation was completed early Wednesday in the south-central Ashanti region. No other details were immediately available from the ministry.

But the Canadian government said in an email to CBC on Wednesday that it’s “very relieved to confirm” the release of the women, whose names were disclosed by non-governmental organization Youth Challenge International as Lauren Tilley and Bailey Chitty.

On its website, the organization said both women were getting support from professionals and that they were physically unhurt. -CBC