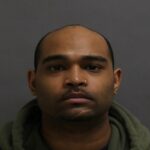 He is described as a heavy built 6ft man of 220lbs, and a receding hairline. Rose is considered violent and police are asking citizens not to approach him to call police immediately to report on his location.

He is wanted for assault with a deadly weapon, assault and for failure to comply with his probationary responsibilities. Rose is considered violent and heavily combative.

Anyone with information is asked to contact police at 416-808-1400, Crime Stoppers anonymously at 416-222-TIPS (8477), online at www.222tips.com, online on our Facebook Leave a Tip page, or text TOR and your message to CRIMES (274637). Download the free Crime Stoppers Mobile App on iTunes, Google Play or Blackberry App World.  -Toronto Police