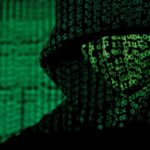 A massive database containing 772,904,991 unique email addresses and more than 21 million unique passwords was recently posted to an online hacking forum, according to Wired.

The hack was first reported by Troy Hunt of the hack security site Have I Been Pwned, which lets you check whether your email and passwords have been compromised and which sites your information was leaked from.

The data collection as a whole, called “Collection #1,” doesn’t appear to originate from a certain source, but is rather an aggregation of 2,000 leaked databases that include passwords that have been cracked, according to Wired. That’s to say the protective layer that scrambles, or “hashes,” a password to prevent your original password from being visible has been cracked, and the passwords are presented in a usable form on hacking forums.

Data in Collection #1 wasn’t put up for sale, like many data leaks are. It was first hosted on popular cloud hosting site Mega before being taken down, then posted on a public hacking site. -Business Insider