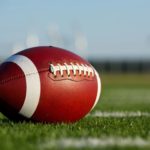 Panthers quarter back Cam Newton has found himself under scrutiny after his answer to reporter Jourdan Rodrigue on October 4th. When Rodrigue asked Newton about Devin Funchess and his routes Newton smiled and answered, ” it’s funny to hear a female talk about routes.” Jourdan Rodrigue later took to Twitter to let the world know how she felt about Newton’s comment . She posted, “I don’t think it’s “funny” to be a female and talk about routes. I think it’s my job”. Apparently million of people agreed. Cam Newton’s comment was labeled as sexist and with that came tons of backlash. Not only did the NFL issue a statement  saying Newton’s comment “was wrong and disrespectful to the exceptional women who cover our league” but Dannon, the maker of Oikos yogurt decided to cut their tides with Newton as their spokesmen. Newton has since apologized for his actions stating that he meant it as a compliment. For some reason I believe him. 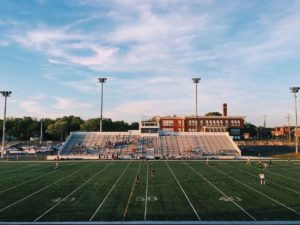 Maybe the women he grew up around weren’t that into sports. I think Cam Newton was just taken back by Jourdan Rodrigue’s question on routes because it wasn’t  something he was use to. I by no means think he meant to offend her. On the other hand, as a woman I can see why Rodrigue was offended. We as women have made fantastic strides in this world but the struggle to be taken seriously in the work place is all too real. Rodrigue is a female working in a male dominated industry and I’m sure she works hard at her job. Rodrigue probably wants nothing more than to be respected and taken seriously by her colleagues.  Newton comment could have caused a major set back in that area by implying that  sports are for men. I think that in the feature Cam Newton needs to think things through before speaking.
Posted in Entertainment, Sports and tagged Cam Newton, Jourdan Rodrigue, Sports
← California Wild FireEminem’s Explosive Cypher →