A petition started by Alana Humes from Pointe-Claire, Canada is circulating on chang.org has now gained 21,409 of the 25000 signatures needed. The petition is in support of finding 22-year-old Jesse Galganov who went missing after traveling to Peru for a backpacking trip; Galganov was reported missing by his mother.

The petition will be delivered to Apple and CEO Tim Cook, T-Mobile and CEO John J. Legere, and Amazon and CEO Jeff Bezos.

Investigators need information from his iPhone and his Kindle e-reader in order to locate him. Apple, T-Mobile, and Amazon have REFUSED to cooperate, despite requests from investigators and Jesse’s mother. They are withholding critical information and are thereby preventing authorities from finding Jesse. These corporations are wasting precious time with their obstinacy. -change.org

Galganov’s phone records are important because investigators and those close to the case believe this might be the clue to finding out what might have happened and how to locate him. His mother Alisa Clamen from Montreal, Canada posted a $10,000 reward for information leading to his disappearance at the time she reported him missing having not heard from him since September 28.

She said that Galganov’s last known location was a backpacker’s hostel called Kame House in Huaraz. She added the investigation officially became a criminal one when the owner of the hostel first said that Galganov had been to the hostel, and then changed his story to say that he hadn’t when asked by police.-The Star 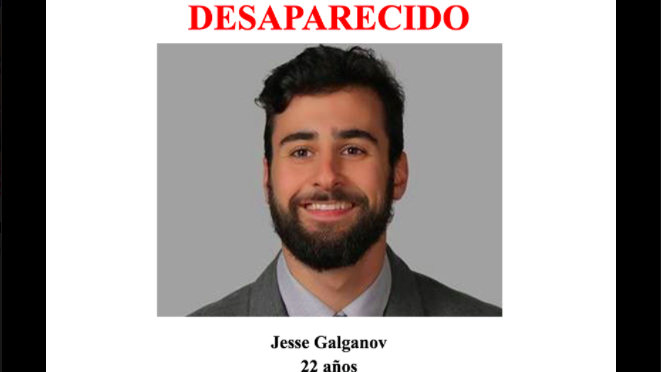