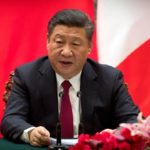 The State Council of The People’s Republic of China released their policy plan for the steps the party will take in adjusting the pay gap for skilled workers. The government has been actively trying to enhance that area of the country’s human resources, while increasing the countries “capabilities to train skilled talent.”

The number of highly skilled talent in the country reached more than 47.9 million by the end of 2016, according to a statement from the Professional Capacity Building Department, Ministry of Human Resources and Social Security. – The State Council of the People’s Republic of China

Despite this push by the government at training skilled workers one section of the country says they are being marginalized.

Although the government has not directly acknowledged the ban, many are speculating the incident stemmed from a chinese rapper PG One who was “forced to apologize” for one of his songs that many argue promotes drug culture and misogynistic behavior. In the United States many are labeling the move by the government as a ban on hip-hop.

“SARPPFT is so trashy! They didn’t want to give Chinese hip pop singers any chance of survival! we can go back to ancient times,” wrote one user on Weibo — China’s equivalent of Twitter.-Time

The government recently offered 97.2 million people across the country government subsidized skill training. Although it was reported that there is still a shortage in the amount of people taking advantage of the offer which resulted in a shortage of skilled laborers for the previous quarter causing an “imbalance within the structure”.

According to the government citizens of the country see being a skilled laborer as an inferior social class and many refuse to look into the trade which is in fact a very important part of the fabric of the economy. The country which has been becoming more open to western influences within the economy has decided to tackle the problem by increasing the pay of skilled workers over time by 2020.

China has also increased investment in skilled workers’ schools and technical institutes. Yang Jingyuan, the principal at Yunnan Transport Technician College in Yunnan province, said the government is investing more than 400 million yuan in his school from 2016 to 2020, which is “much more than the total the government invested in the past 30 years”.- The State Council of The People’s Republic of China

Posted in Entertainment, Film/Music and tagged China
← Two Killed and Several Taken to Hospital in Kentucky school shootingCasey Affleck pulls out of presenting at the Upcoming Oscars →