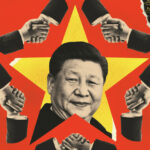 More than 1 million Muslim Uighurs in the Xinjiang region of China, their native land, are believed to have been interned in so-called reeducation camps by the Chinese authorities. The number may be as high as 2 or 3 million—out of a population of 11 million. Trapped along with them are Kazakhs, Kyrgyz, and Uzbeks, other Muslim minorities, though in smaller numbers. The Uighurs still on the outside are living in one of the world’s most pervasive and heavy-handed surveillance regimes, in which the camps are just one form of containment and punishment. Uighurs live in constant fear of arbitrary detention and can expect swift retribution for any expression of Turkic or Muslim identity—to the absurd extent that giving your child a traditional Muslim name is illegal.

Amidst the on-going trade war between the US and China, Korean electronics giant Samsung is already planning on moving one of its manufacturing plant out of the Chinese mainland. To that end, the brand has reportedly begun laying off many of its staff currently under the employment of said factory.

According to a Chinese report, the layoff began earlier in March this year, with Samsung halting recruitment to the plant back in March. While it isn’t explicitly mentioned, some people with knowledge about the issue says that the factory in Huizhou will be fully closed by September.

Samsung’s manufacturing plant, which is located in the Huicheng District of China, first opened its doors in 1992. -Lowyat

WASHINGTON/NEW YORK: The United States and China are set to relaunch trade talks this week after a two-month hiatus, but a year after their trade war began there is little sign their differences have narrowed.

After meeting with Chinese President Xi Jinping in Japan just in late June, U.S. President Donald Trump agreed to suspend a new round of tariffs on US$300 billion worth of imported Chinese consumer goods while the two sides resumed negotiations.

Trump said then that China would restart large purchases of U.S. agricultural commodities, and the United States would ease some export restrictions on Chinese telecom equipment giant Huawei Technologies.

But sources familiar with the talks and China trade watchers in Washington say the summit did little to clear the path for top negotiators to resolve an impasse that caused trade deal talks to break down in early May.
Read more at https://www.channelnewsasia.com/news/business/us-china-trade-war-talks-deal-tariffs-11704074