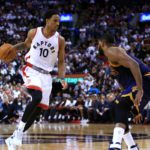 “I would hope not,” he said, dismissively. “I don’t … I … at this point? Three and a half, four years into this thing? I hope not. I don’t have them. I don’t have agendas. I just want to win, to get guys involved and play ball the right way.”-Lebron James

This that new Toronto.

Toronto Native Drake was also present for last nights game and this morning the Raptors unveiled their OVO (Octobers Very Own) inspired jerseys that were designed by the entrepreneur. The jerseys can be purchased though the OVO website as well as the raptors usual distribution service.

The team court has also been revamped with the OVO black and gold design another homage to the entrepreneur who is expected to open his restaurant Pick 6 to the public shortly. 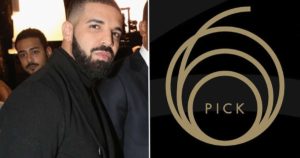