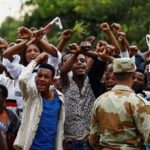 Ethiopia declared a national state of emergency today after the resignation of Prime Minister Hailemariam Desalegn.

The prime minister has been in power since 2012 before he resigned on Thursday the 15th of February 2018. Last year there was a similar state of emergency declared because of the contant street protests that leave civilians like children and the elderly deffenceless and easily targerted in the peaceful and also violent protests that are a result of hundreds of prisoners being released onto the general population. 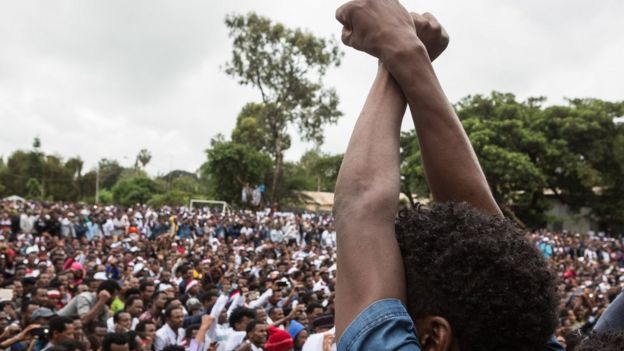 Ethiopia has been rocked by months of protests demanding wider freedoms that have left hundreds dead and tens of thousands detained. The government in recent weeks released more than 6,500 detained opposition figures, journalists and others after the prime minister in a surprise announcement in January said he wanted to “widen the democratic space for all.” -The Independent

The independent is calling the crisis “the worst anti government protest in 25 years;”  in which it also sites the prime minister is trying to remove himself from the problem in order to be apart of the solution. 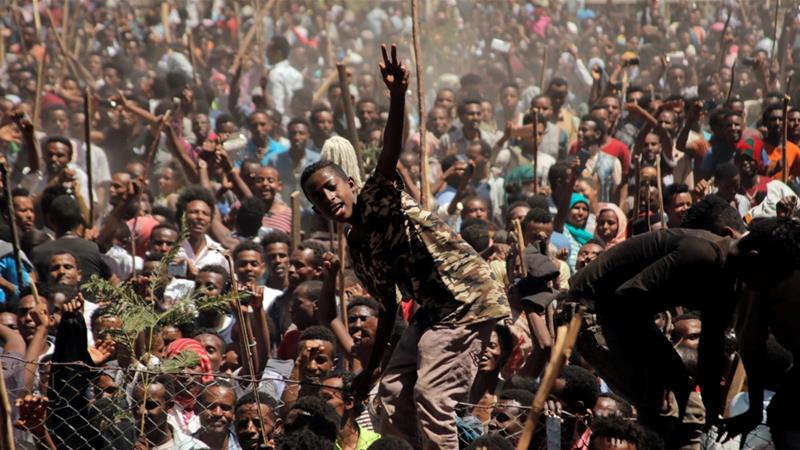 Ethiopia’s government has long been accused of arresting critical journalists and opposition leaders. Rights organisations and opposition groups have called for their release, saying they were arrested on trumped-up charges and punished for their points of view -BBC 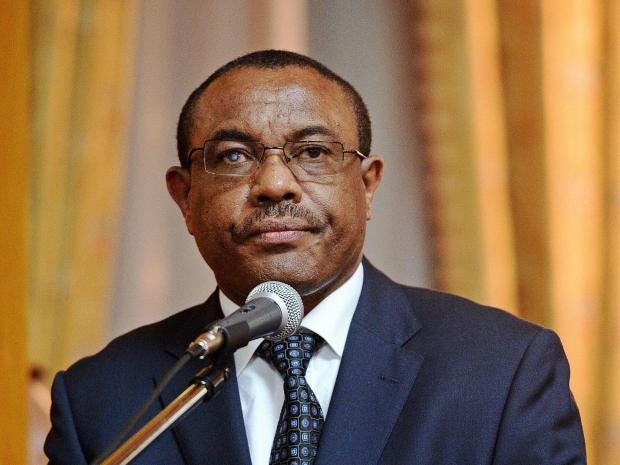 “I see my resignation as vital in the bid to carry out reforms that would lead to sustainable peace and democracy,” -Prime Minister Hailemariam Desalegn

#Update: #US Embassy in #Ethiopia temporarily suspends all travel for its personnel outside of #AddisAbaba , says security environment in country is fluid and can deteriorate without warning. pic.twitter.com/VuDsDbRXlR

The cancerous ethnocentric #TPLF minority #WEYANE regime of #Ethipoia house of cards is in disarray. https://t.co/UghsqROR3l

Full house for the @VNGi new year reception. We’re pleased to celebrate and look ahead to 2018 with our partners and colleagues in The Hague and around the world. #Jordan #Lebanon #Ethipoia #SouthSudan #Burundi pic.twitter.com/jX9xKM2As5

#Ethiopia Oromo protestors today celebrating a victory that is unprecedented in African history: peacefully forcing the most powerful regime on the continent to set thousands of political opponents free. But what happens next? Analysis here: https://t.co/ARvsUA0bbT pic.twitter.com/LK4OF2UA1G

Africa In the last 24 hours:

#Ethiopia youths began 3-day strike in Oromia today that may be escalating into a full protest, with reported violence by security forces against students at Haramaya University, and all major roads to Addis closed. This photo from Woliso shows people milling on a blocked road. pic.twitter.com/3bSLvRhrO0

A political earthquake in #Ethiopia—> “I see my resignation as vital in the bid to carry out reforms that would lead to sustainable peace and democracy.” https://t.co/8ZCIyfYGga

#Somalia also should worry about #Ethiopia crisis when #Ethiopia troops pull out to deal with internal situation. https://t.co/U0U2DN1lyG

Retweeted Mastewal Brihanu (@massbr):#Ethiopia: People power dose everything, so still I have a big hope to… https://t.co/hG1tIM6dD4

The #Ethiopia's #SOE is a Military Coup. The SOE was neither approved by the parliament and nor it was deliberated by all parties. The SOE will further escalate the crisis.@StateDept @GerEmbAddis @BronwynBruton @itsjina @sallyhayd @AnaGomesMEP pic.twitter.com/KxkN366UtM

#UPDATE: #Ethiopia declares state of emergency after resignation of prime minister @PrimeMinisterHD Federal army told to be on alert pic.twitter.com/PvVW89dERr

State of emergency declared in #Ethiopia amid political unrest https://t.co/2aX9z8oGgZ