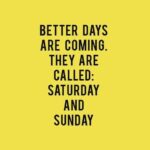 London (CNN)UK Prime Minister Theresa May finally gave in to the intense political pressure over her failure to secure Britain’s withdrawal from the European Union, announcing her resignation in an emotional address to the nation on Friday.Standing at a lectern in Downing Street, May said she deeply regretted not being able to deliver Brexit, the issue that brought her to power in 2016 and which consumed her premiership in the three years since.May said she would quit as leader of the Conservative Party on June 7, but would stay on as Prime Minister until a successor is chosen. That process will be completed by the end of July, her party said.

SAULT STE MARIE, Ont. — Even the prime minister is excited about the Toronto Raptorsahead of the biggest game in the franchise’s history.

Justin Trudeau says his son is a massive Raptors fan who has been staying up later than usual to watch the team play in the NBA Eastern Conference final.

Trudeau, who was speaking to reporters in Sault Ste. Marie, Ont., says his household is “extremely excited” about the basketball team.

The Raptors have a 3-2 lead in games against the Milwaukee Bucks and are set to play Game 6 in Toronto tomorrow night.

While office workers took in the spectacle, one couple after another exercised their new legal right to register their unions. As cameras snapped away, Jennifer Lu, the chief coordinator of the Marriage Equality Coalition Taiwan, politely but firmly kept the news media circus at bay, making sure that the newly recognized newlyweds had enough space.

For Ms. Lu, Friday’s events were the culmination of a two-and-a-half year struggle to obtain marriage rights for Taiwan’s LGBT citizens. The registrations came exactly a week after Taiwan’s legislature made headlines worldwide by voting to recognize same-sex marriage. -NY Times