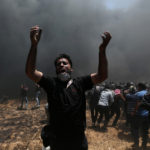 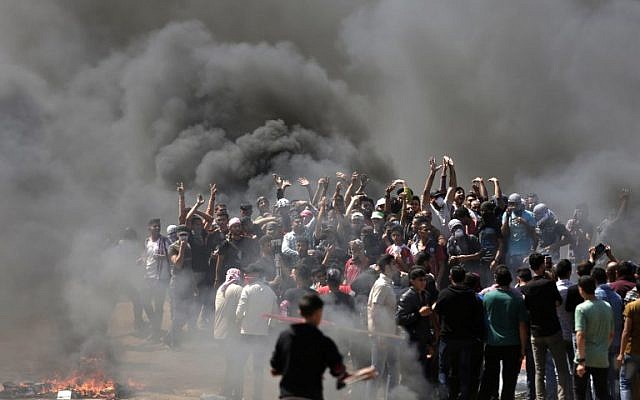 A group of Palestinians from the Gaza Strip breached the security fence on Tuesday morning and set fire to an empty IDF position on the other side, the army said.

In response, an Israeli tank fired on a nearby Hamas observation post, the military said.-The Times of Israel 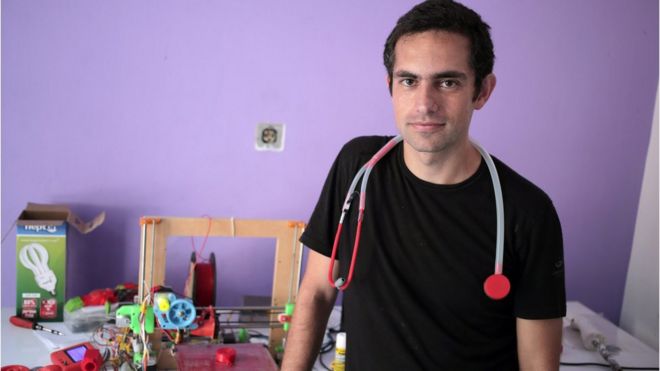 Canadian Prime Minister Justin Trudeau has called for an investigation into the reported shooting of a Canadian doctor in Gaza.

Tarek Loubani says he was shot in the leg while providing medical services to protesters along the border between the Gaza Strip and Israel.

In a statement on Wednesday, the prime minister said his country is “gravely concerned by the violence in the Gaza Strip that has led to a tragic loss of life and injured countless people”.

“We are appalled that Dr Tarek Loubani, a Canadian citizen, is among the wounded – along with so many unarmed people, including civilians, members of the media, first responders, and children”.

He called for an “immediate independent investigation to thoroughly examine the facts on the ground – including any incitement, violence, and the excessive use of force”.-BBC

Canada deplores and is gravely concerned by the violence in the Gaza Strip that has killed dozens and injured countless people, including a Canadian citizen. Full statement: https://t.co/n52DQDcBJp

#قروب_فلسطيني
A huge rally in #Canada?? to condemn Israel's actions in Gaza and unite in solidarity with Palestinians. pic.twitter.com/9tavuXtgeT

Justin Trudeau has failed to recognize Hamas’ role in the situation in the Gaza Strip. Canada’s Conservatives condemn the role that this terrorist organization has played in inciting these clashes. pic.twitter.com/eZY23JPe63

This pic from #Canada

We recently discovered the western people stand with us contrary to what's expected of Muslims who focused on 'Muslims brotherhood' and they forgotten what's going on in Palestine ! pic.twitter.com/VRuUWcjsXQ

Two days ago, Justin Trudeau joined international calls for an independent investigation into Israel's recent conduct in Gaza. Today, Canada opposed such an investigation at the UN Human Rights Council, because nothing matters. https://t.co/RemwqGN982 #cdnpoli

How many walls will #Israel and #America build to separate themselves from the world? It must be difficult being so superior to God's creation.

A poster in honor of Al Aqsa Mosque and the Church of Mary Magdalene in #Jesusalem, #Palestine #Gaza. #DACA #Mexico #Canada #Egypt pic.twitter.com/CzTf1ohon5

The UN votes 29-2 Friday for an international inquiry into the state of human rights in East Jerusalem, the West Bank and #Gaza. Canada can and should do more @JustinTrudeau @theJagmeetSingh @ElizabethMay @CharlieAngusNDP #Cdnpoli pic.twitter.com/eWmI6v5NpR

Yesterday @BnaiBrithCanada claimed that Musa Abuhassanin, a Palestinian medic who treated Canadian Dr. Tarek Loubani after he was shot by an #IDF sniper, was a "#Hamas holy warrior." This is my response:https://t.co/MBwon3a5Ek #ldnont #GreatMarchOfReturn #Israel #Gaza #warcrimes

Israel's use of mass killing by the army requires international condemnation.
Canada must speak up about illegal settlements, denial of land rights and the targeting of journalists, doctors and deliberate killing of Palestinians by the Israeli army.https://t.co/WAUbzq0kFB

@ForeignPolicy Can we also be careful about the use of "war"? There is no war between Israel and Gaza. There is only a brutal occupation by the 3rd largest military in the world of 2 million people who have next to nothing. https://t.co/OzIGnEepSK

That's the problem. Most Irish people understand what's going on in Gaza, just as they understand what happened in Derry in 1972. Unarmed people shot dead because they dared to march for equal rights.

‘Freedom Flotilla’ sets sail from Sweden to the Gaza Strip https://t.co/2MlKBkw22f via @TheMaghrebTimes

With All Eyes on Gaza, Israel Falls Back on the Same Old Lies!! #FreePalestine https://t.co/qcRvwHw1BJ