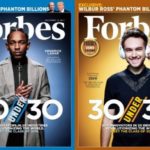 Forbes released their 2018 issue feature cover surrounding the 30 under 30 list. The issue will be released on December 12, 2017, and will feature four covers.

I fell in love with hip-hop at four years old, we played music all day in the house. It’s always been my passion. It’s just a lifestyle for me.-Kendrick Lamar 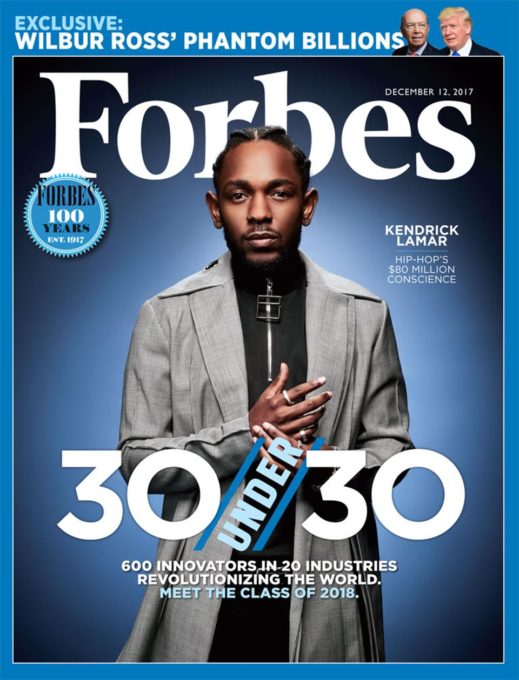 “Any kind of business outside of art and culture and hip-hop, I have to have full creative control,” says the seven-time Grammy winner. “And having that control, I always wanted to have something that represents more than just a price tag.” He’s earned $78.5 million over the past five years, including a career-best $30 million this year, and inked a new Nike deal this summer.-Forbes

“I didn’t go into this with the plan to build an education nonprofit,” says Kloss.”I really went into all this out of my own curiosity of wanting to learn what the heck coding was because it was building massive enterprise value for people in a short period of time.” 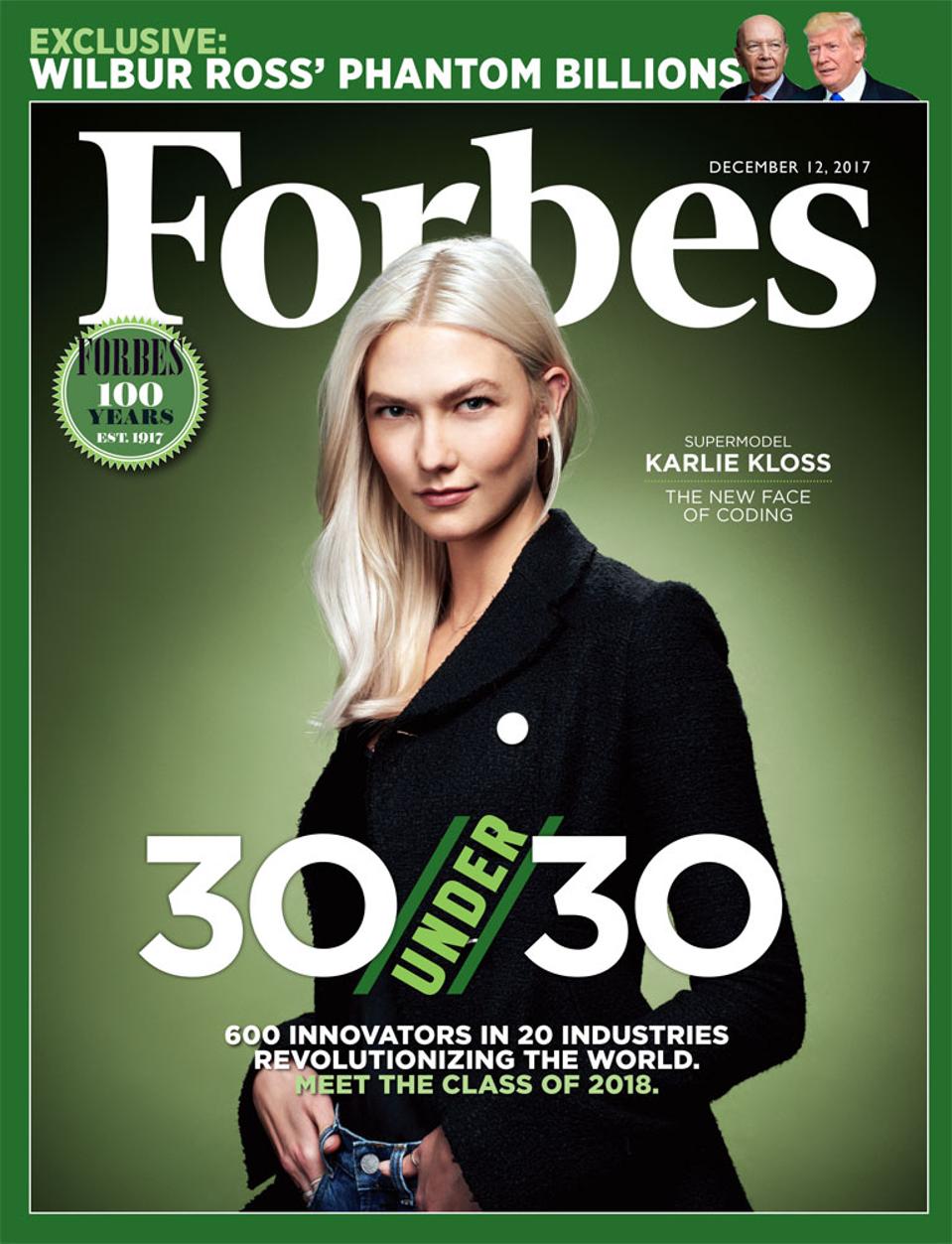 Thanks to social media, says Kloss, “I could be seen as well as heard.” As her followers swelled, her fees increased. She premiered on Forbes’ highest-paid models list in 2014 banking $4 million pretax; this year, her contract earnings soared to $9 million in the 12 months prior to June 2017.

She has also redirected a slice of her modeling contracts with companies such as Adidas, Swarovski, and Express to fund and support Kode With Klossy. Ford’s STEAM Experience—an initiative focused on science, technology, engineering and mathematics disciplines as well as the arts, part of the car maker’s philanthropic arm—lent additional support to this summer’s camps.-Forbes 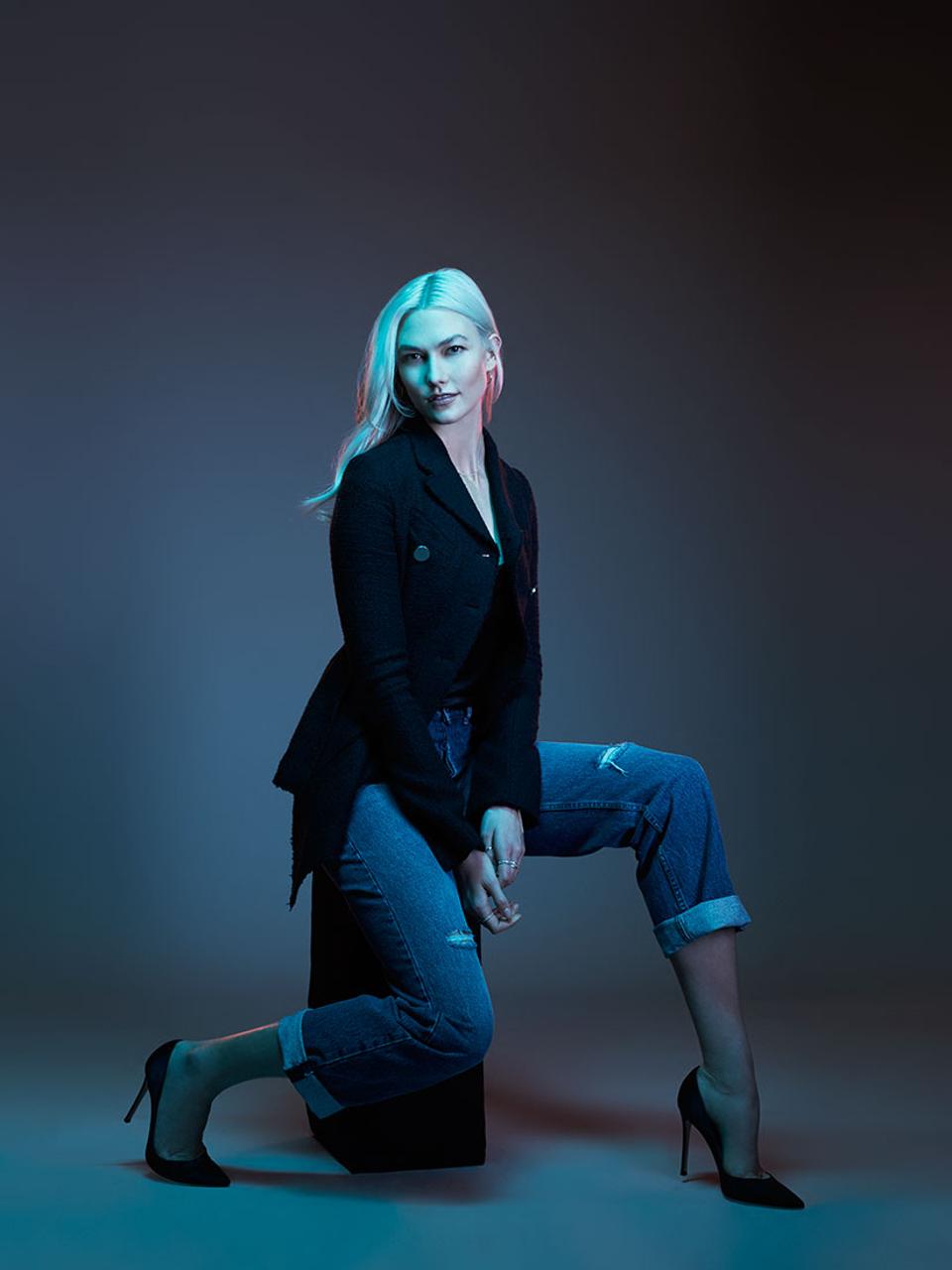 “The power lunch is no longer just for men,” Herd announces to the mostly young, mostly female crowd, before ceding the stage to the pop star Fergie. “We all deserve a seat at the table.”-Whitney Wolfe Herd via Forbes 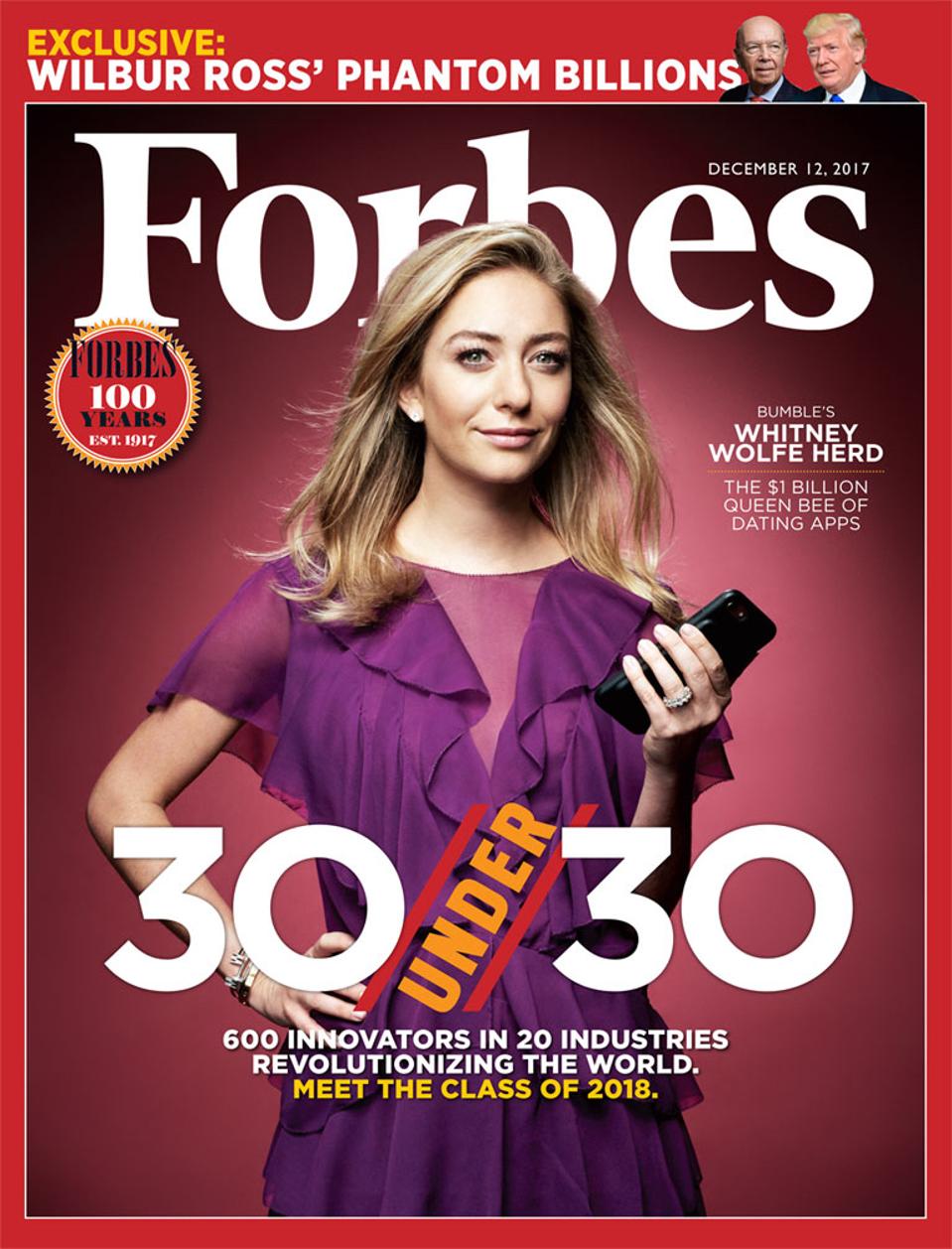 Bumble has 70 employees, approximately 85% of whom are women, including in all the top jobs, Andreev aside. The new office reflects that, from posters and neon signs espousing various Bumble mantras like “You’re a Queen Bee,” “Be the CEO Your Parents Always Wanted You to Marry” and “Make the First Move.” When Bumble hands out its cream-and-yellow sweaters as gifts at events — the familiar honeycomb logo on the front, along with the word “Honey” — there’s invariably a scramble.-Forbes 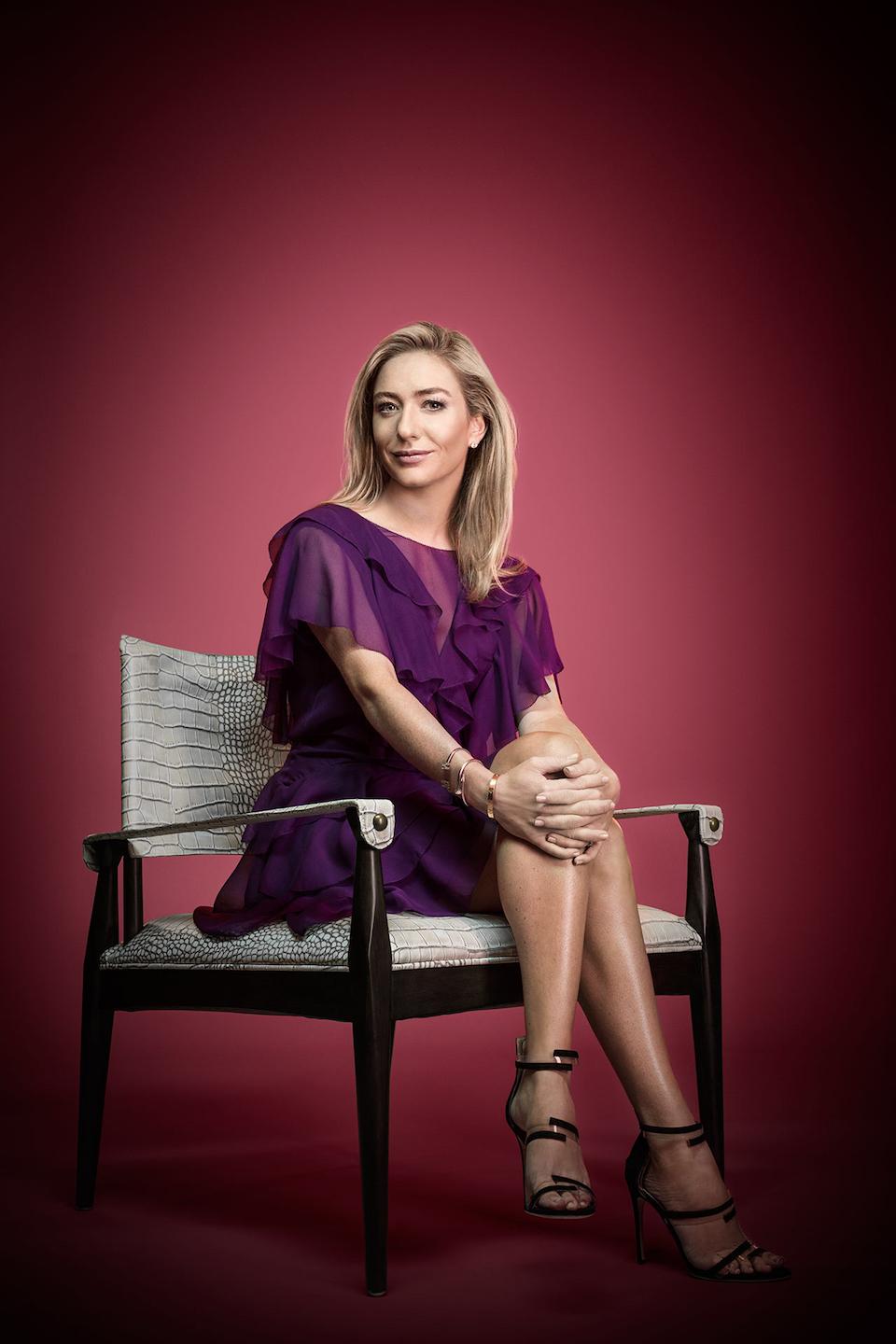 It’s not just about what you hear, but it’s the combination of what you see, and what you hear. And if you hear that sound of lasers, and then you see that right over you, and you feel like you can touch it, that’s the experience I want people to experience, and not just a song by itself. So, there’s a lot of things that can go wrong that would make me not play a certain song.-Zedd 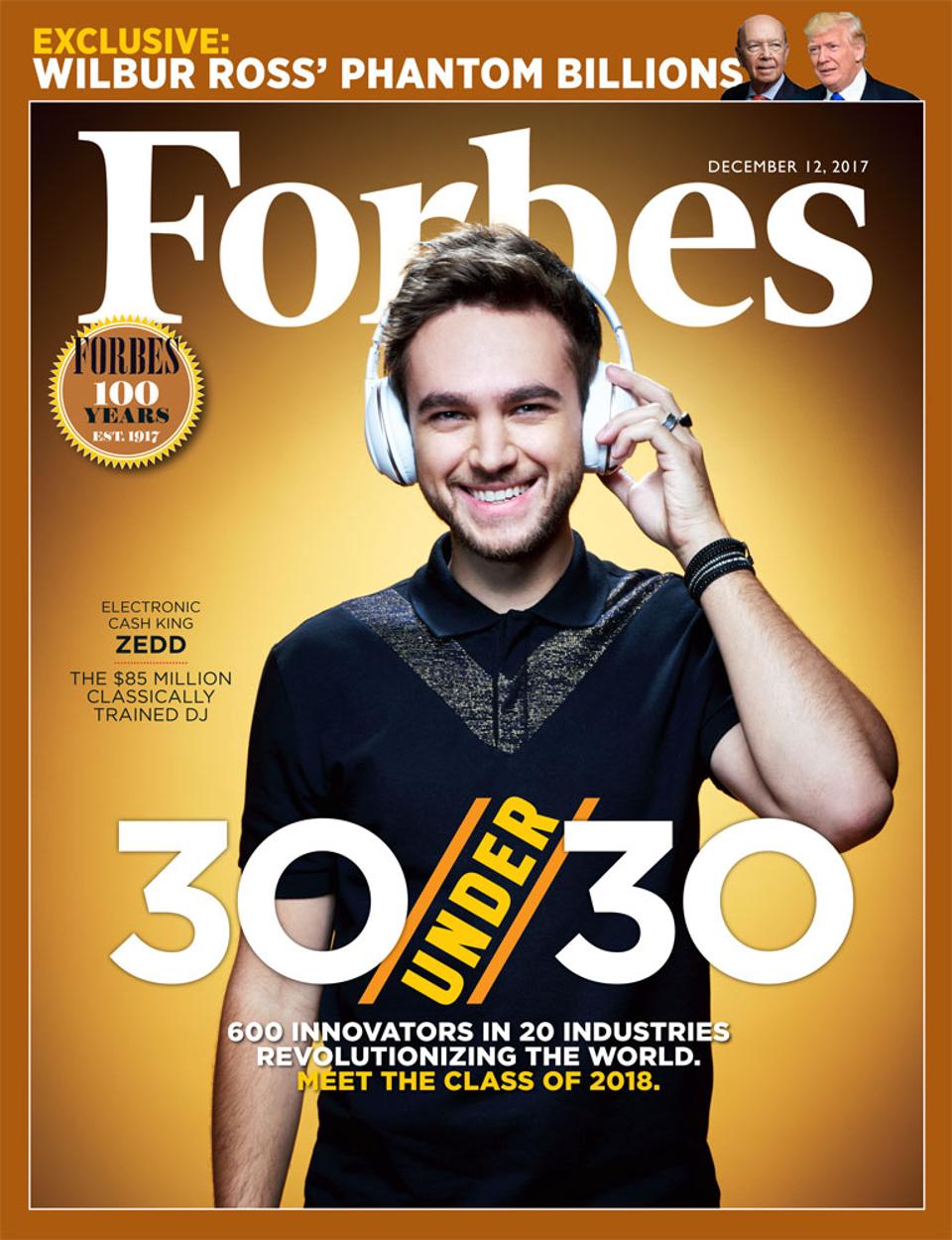 But the reality is, that you can have millions of people stream your song, or songs, every single day. You can have 10 million streams on your album daily. Over a really long time that becomes a lot of money. So, I think that the streaming section that sounded so scary to me, and probably many others, is actually a really good thing.-Forbes 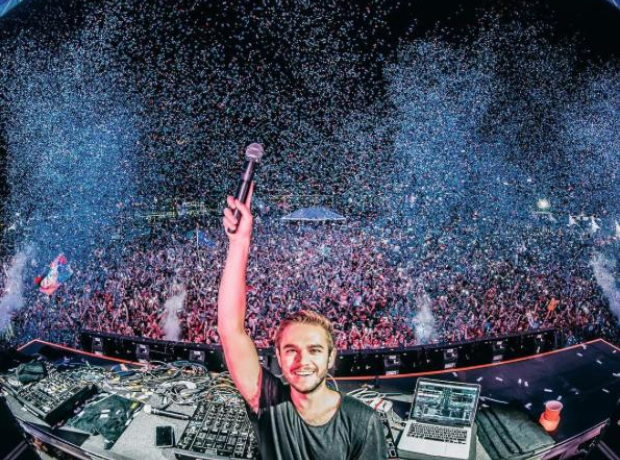