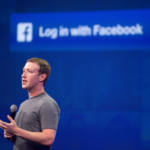 “We have a responsibility to protect your data, and if we can’t then we don’t deserve to serve you,” Zuckerberg said in a statement posted to his Facebook page.-CNBC

What Social Media has to Say:

Mark Zuckerberg’s apology rings hollow. Facebook has almost single-handedly destroyed our constitutional right to privacy and helped an American dictator steal an election. We need our democracy back.

The full Statement from Zuckerberg is below: pic.twitter.com/ZWWVk9sPN5

BBC asked Mark Zuckerberg in 2009 if Facebook would ever sell personal user data. His answer? "No! Of course not." pic.twitter.com/pdX036NiKj

Mark Zuckerberg swaddling my data like a newborn babe. "I'll never tell anyone your father likes eggs and Sprite." Devilish wings pierce through the back of his hoodie, a children's choir is chanting backwards. "OR WILL I"

At this very difficult time for him, Mark Zuckerberg is requesting privacy.

Why was Mark Zuckerberg meeting with MIL leaders ? pic.twitter.com/Tww4EAU18H

"We have a responsibility to protect your data, and if we can't then we don't deserve to serve you." Mark Zuckerberg #facebook https://t.co/pm02Tw1dQi #infosec #cybersecurity

Bet you she’ll see this in 6 weeks on Facebook ? https://t.co/h4Jwkw1IIB

Schiff has invited Aleksandr Kogan, the researcher who developed the app to collect Facebook data that Cambridge Analytica used, to testify before the House Intel Committee. pic.twitter.com/WtwhnV0UGX

Wishing a happy birthday to our brother @ChesterBe today. In his honor, we are launching a fundraiser on our Facebook page via @musicforrelief's ONE MORE LIGHT FUND, benefiting #320ChangesDirection | donate here: https://t.co/WL6JnI3q6w