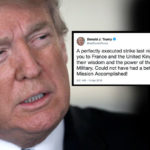 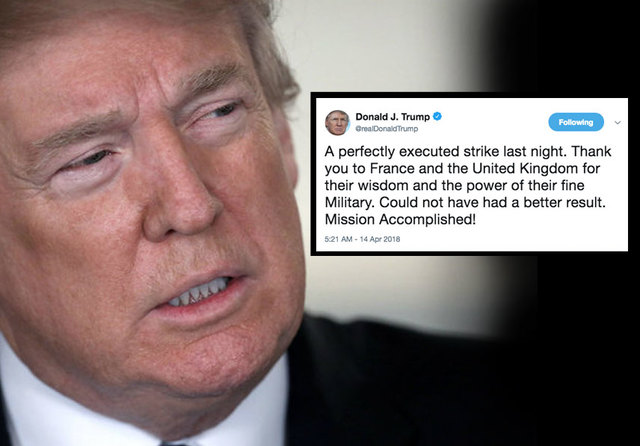 Trump: look at that picture of Bush

Trump: mission accomplished, so cool, I'm going to use it

Kelly: actually there is more to that story…

Kelly: go ahead and say whatever the fuck you want.

"Mission Accomplished"
Mainstream media are going crazy over this term. They say President Trump uses twitter to change the news cycle and even retaliated against universally loathed monster Assad to distract from their noise. They took the bait again.
"Mission Accomplished" 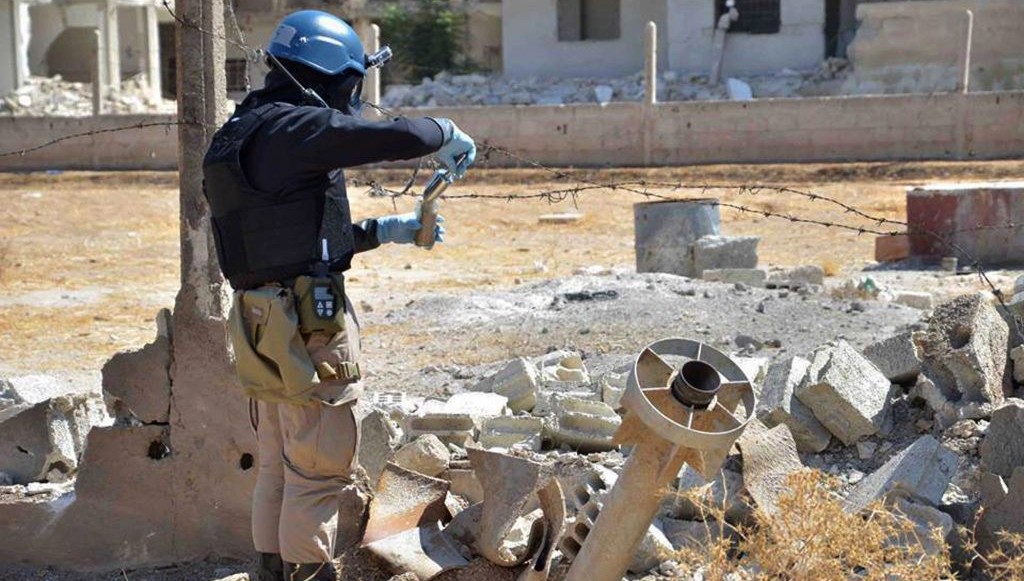 In the early hours of Saturday morning, the US, UK and France launched more than 100 missiles against what they say are Syrian chemical weapons facilities in response to a chemical weapons attack in a Damascus suburb a week ago.

The Pentagon said the strikes, which began at 4am Syrian time (2am GMT) on 14 April, involved planes and ship-launched missiles and identified three targets: a scientific research centre in Damascus, a chemical weapons storage facility west of Homs, and another storage site and command post nearby.-The Guardian

I can’t wait until Donald Trump gets impeached and EVERY NEWSPAPER, all across The PLANET has the headline
* Mission Accomplished *#ImpeachTrumpNow

Despite Trump's 'Mission accomplished', question raised over U.S. Syria strategy – Reuters Chemical weapons must be dealt with but policing every other country is not our job unless it’s an ally https://t.co/CATrMpEUXG

@realDonaldTrump's attack on Syria has cost him the support of the far right. Robert Mueller has proof that @MichaelCohen212 went to Prague which means the Steele Dossier was right all along. I think @VP Mike Pence might be President before the 4th of July.

Hopefully you will find them and bring handcuffed to face justice at second #Nuremberg. Not only for desecration of DEAD children bodies but staging a #falseflag for warcrimes. #Syria #SyriaStrikes pic.twitter.com/baRZBvpKpZ

Nikki Haley is a badass! She is a great leader.

U.S. Ambassador to the UN Nikki Haley Regarding Strikes on Syria https://t.co/k2WjoNfN2k via @YouTube 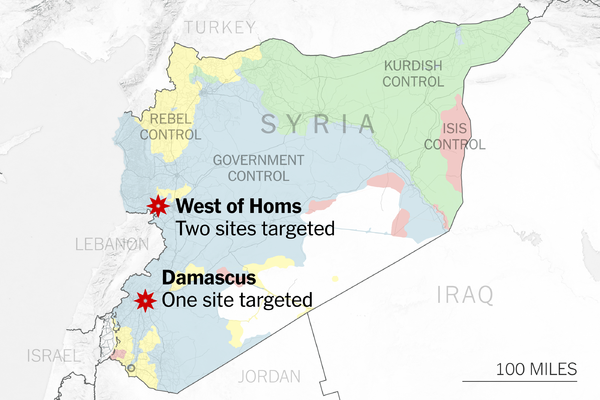