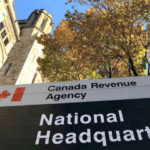 The Canada Revenue Agency has disciplined more than 1,000 employees for professional misconduct over the past four years — on average one case every working day.

A breakdown of the cases between 2016 and 2018 reveals that failure to protect the agency’s — and taxpayers’ — information was the top reason employees were suspended, reprimanded or even fired. That accounted for 222 incidents or 40 per cent of misconduct identified by the agency.

The second most common offence fell into the category of “failure to protect CRA’s reputation.” That can include anything from being in a conflict of interest or committing a crime to tweeting out the wrong thing or yelling at a taxpayer, according to the agency’s code of integrity and professional conduct.

Can’t say I’m surprised. I call them every tax season with some questions and the answers vary from good to absolute lies. (I know more about taxes than I let on).

More than 1,000 CRA employees disciplined for misconduct over past 4 years https://t.co/6b7xbWXF87

"While there have been 1,071 cases of misconduct over four years, agency officials point out that with 44,000 employees, it worked out to less than one per cent of its workforce each year." #tax https://t.co/Jh5FdGcV4H

It was a pleasure to visit the CRA offices in Halifax and Dartmouth. I was very happy to hear about your innovative approaches and how our Government’s investments are giving you the appropriate tools needed to fight tax evasion and aggressive tax avoidance. #ServingYouBetter pic.twitter.com/hlJmcHaPm4

More than 1,000 CRA employees disciplined for misconduct in the last 4 years https://t.co/5I9aWoQ6t0 pic.twitter.com/hcIQGFTVoW