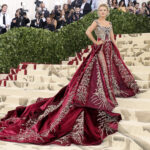 “Today we sisters experienced a tragedy. We lost our beautiful mother to the disease of mental illness,” the statement read.

“We are shattered. We are navigating profound grief and know that as we loved her, she was loved by her public,” the statement continued. “We are in unknown territory.”

The statement did not elaborate further or include an exact cause of death. Representatives for Naomi did not immediately respond to PEOPLE’s request for comment.

Naomi’s husband Larry Strickland issued a statement to PEOPLE, saying, “Naomi Judd’s family request privacy during this heartbreaking time. No additional information will be released at this time.”

The country legend had been open about her mental health in her 2016 book, River of Time: My Descent into Depression and How I Emerged with Hope. -People

Bill Murray has broken his silence about a complaint that shut down production on his new movie — and his response is … he doesn’t wanna be an old dog that can’t learn new tricks.

The actor spoke with CNBC Saturday while making an appearance at the annual Berkshire Hathaway shareholder meeting, and he was directly asked what led to Searchlight Pictures pausing things in recent weeks after someone alleged inappropriate behavior against him.

ICYMI … Searchlight halted production to Aziz Ansari‘s debut feature, “Being Mortal,” and it’s been reported that Bill was at the center of the ongoing investigation.

While it’s still unclear what exactly may have happened, Bill does cop to having been involved — explaining that he and a female costar, whom he didn’t identify, were working on a scene together … and that he apparently did something he thought was innocently funny. -TMZ

If you’re in need of a denim refresh, I have great news for you. Zara is launching a partnership with Good American, which you might know as the size-inclusive brand founded by Khloe Kardashian and Emma Grede.

Known for its expansive size range, Good American has become a denim favorite for its gap-proof waistbands and sculpting denim fabric with just the right amount of stretch. And now, this ongoing collaboration seeks to bring some of the denim brand’s size inclusivity and sustainability efforts to Zara.

The Good American x Zara denim collection will be available in sizes 00-30 and range from $35.90 to $99.95 (with the jeans coming in at $69.95). The jeans will be available in several different fits, including a classic slim, a high-rise skinny, a ‘90s relaxed fit, and a classic bootcut. And if you need to grab some other essentials for your summer look, you can do that, too. The collab will also include elevated basics like a sculpting jumpsuit, a denim shacket, and classic tees in black and white. -Cosmopolitan

The sexual assault lawsuit against Prince Andrew has been settled, but he’s still very much on trial in the court of public opinion — and much of Britain has already reached its verdict.The latest damning judgment against the Queen’s second son was handed down by councillors in the northern English city of York, who voted unanimously to strip the prince of his Freedom of the City on Wednesday.This honor was bestowed upon him in 1987, and its removal sends a strong message: Andrew, the Duke of York, is unwanted in the place from which he takes his royal title.

The move was backed by parties across the political spectrum. The largest group on the council, the Liberal Democrats, said in a statement: “We have made it clear that it is not appropriate for Prince Andrew to represent York and its residents. The removal of this title sends the right message that we as a city stand with victims of abuse.”

Prince Andrew hasn’t been found guilty of any crime; he avoided a full trial by settling out of court with his accuser, Virginia Guiffre, who alleged Andrew sexually abused her at properties owned by wealthy sex offender Jeffrey Epstein. Andrew has repeatedly denied wrongdoing. -CNN

OTTAWA – Former “Freedom Convoy” protesters vowed to reclaim the National War Memorial with a ceremony at the cenotaph on Saturday, marking the first in a series of rallies expected to clog the national capital throughout the weekend.

Speakers recounted the way police removed protesters from the area after their three-week demonstration on Parliament Hill, as hundreds of supporters gathered around the monument to listen.

As hundreds of demonstrators gathered at the memorial that became a focal point during the early days of the protests that effectively shuttered downtown Ottawa for weeks in February, speakers recounted the way police removed them from the scene at the time.

Supporters watched retired Afghanistan veteran Christopher Deering lay a wreath on the Tomb of the Unknown Soldier in a quasi-remembrance ceremony.

Deering said he was detained by police as part of their effort to remove “Freedom Convoy” protesters from the core in February.

“Afterwards, myself and the other peaceful citizens were thrown out of the city like garbage and told not to return to our nation’s capital,” Deering told the crowd Saturday. -CP24