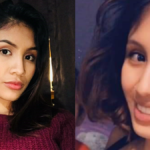 The body of a missing mom who was nine months pregnant was found strangled to death Wednesday in a Chicago home, and her baby was cut out of her womb after she was killed, PEOPLE confirms.

Marlen Ochoa-Lopez, 19, who also went by the last name Ochoa-Uriostegui, had been missing since April 23, police say.

On that day, authorities responded to a 911 call from a 46-year-old woman saying that her baby was not breathing. That baby boy, a Chicago police spokeswoman tells PEOPLE, was actually Ochoa-Lopez’s.

Three people are in custody and charges are pending, the spokeswoman says. -PEOPLE