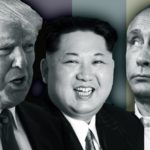 During a press conference earlier this week in Moscow, Russian President Vladimir Putin among many things addressed Russia’s relationship with the United States and also North Korea’s continued violation of the Nuclear Weapons Program. When asked if Russia would aid in the support of the United States in trying to appeal to the North Korean leader Kim Jong Un. President Putin was adamant on Russia’s stance as being supportive but described the effort as “counterproductive”.

President Putin went on to explain that when North Korea originally signed the nuclear agreement in 1985 the country was placed under what Chairman King Jong Un and the North Korea he represents might have perceived as harsh and unfair and through the years leading up to this dispute the United States, in particular, has “provoked North Korea to withdraw from the agreement.”

December 12, 1985: North Korea accedes to the nuclear Nonproliferation Treaty (NPT) but does not complete a safeguards agreement with the International Atomic Energy Agency (IAEA). Under Article III of the NPT, North Korea has 18 months to conclude such an arrangement. In coming years, North Korea links adherence to this provision of the treaty to the withdrawal of U.S. nuclear weapons from South Korea.-ArmsControl

Earlier today the Newsweek reported that there is rising speculation within North Korea that General Hwang Pyong second in command to the Supreme Leader has vanished and may have been executed. Although there is no conclusive evidence as to the cause of the disappearance.

North Korean director of the military’s General Political Bureau, the top military post in North Korea, Hwang Pyong So, right, waves during the closing ceremony of the 2014 Asian Games in South Korea on October 4, 2014. Hwang has not been seen in public in more than two months.-Newsweek

An unidentified South Korean source told South Korea publication Korea JoongAng Daily that Hwang was purged from the party for taking bribes. The source did not specify when the expulsion took place.

The reports about Hwang first emerged after the South Korean intelligence agency briefed Seoul lawmakers on the situation in North Korea in November, a week after a North Korean soldier staged a daring defection across the demilitarized border area.-Newsweek

With North Korea’s nuclear program rapidly growing from the test a few months ago to today where there are reports of having missiles that can reach the United States Russia is eager to reach an agreement and called the situation “extremely dangerous” and “spiraling” profusely expressing “the consequences will be catastrophic.”

November 29, 2017: North Korea launches an intercontinental ballistic missile from Pyongsong at 3:17am local time, which flew for about 53 minutes, traveling 1000km on a lofted trajectory and landing in the Sea of Japan. The U.S. State Department releases a statement condemning the test but declaring that “diplomatic options remain open and viable, for now.”-ArmsControl

During North Korea’s last Missile’s Test Chairman Un was present and the projectile missile flew 950KM at an altitude of 4,475KM.

We will corporate on all issues including North Korea-Vladimir Putin 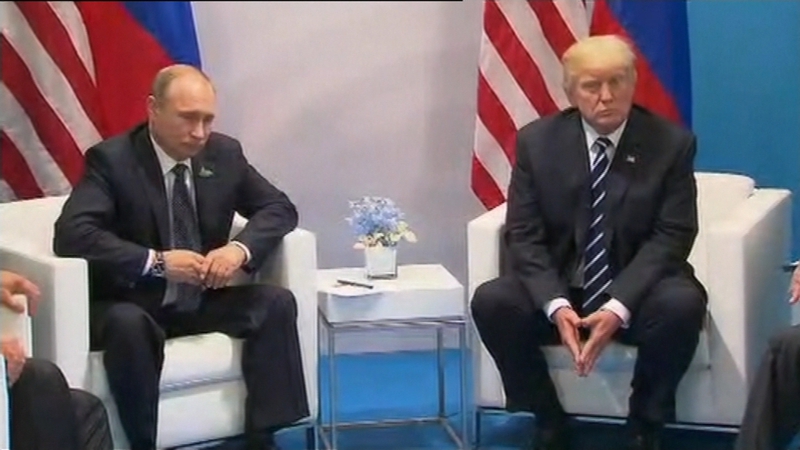 With questions still looming over Russia’s involvement in the last election which saw President Trump assume leadership, in a twist of Irony two of the most Iconic leaders, must work together to possibly stop the most devastating attack since Hiroshima; the very thing many Americans are trying to impede. Despite the gloom of possible war, it may be the first time the world has seen Three different dictatorial style leaders compromise for the greater good.