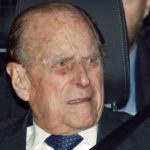 A nine-month-old baby was among the passengers of a vehicle involved in a collision Thursday with a Land Rover driven by Prince Philip, police in England said Friday.

Norfolk police responded to the crash, near the Royal Family’s Sandringham Estate in eastern England, shortly before 3 p.m. on Thursday after the Land Rover driven by the Queen’s 97-year-old husband collided with a Kia.

Witness Roy Warne told the BBC he helped free the baby from the Kia before helping the prince out of his vehicle, which landed on its side after the collision.

“With another passerby, we got the baby out [of the Kia] and then I went to the other car, which was on its side, and there was an elderly gentleman in there, otherwise known as the Duke of Edinburgh,” he said. -CBC