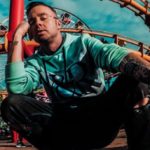 A Canadian rapper died after falling from an airplane while filming a wing-walking stunt for his new music video.

Jon James McMurray, from Calgary, Alberta, was being filmed rapping atop the wing of a small Cessna propeller plane that was flying over Westwold, British Columbia, on Saturday, his management team said to CTV News Vancouver.

They said McMurray got too far out on the wing, which upset the plane’s weight distribution and made it start spinning.

The pilot couldn’t straighten it out, they said, and the rapper slipped off and couldn’t activate his parachute while falling. -Insider

Jon McMurray was a very influential skier, too. You can see a lot of today's tricks in his early segments. #mcfee https://t.co/UeNmRcN9sA https://t.co/OYDlwuxVEL

Rip McFee!! Calgary lost a pioneer in the game. All my prayers to his friends and family. https://t.co/CHWLo6P9vR

How sad for his family and friends RIP #JonMcMurray? https://t.co/urs58qZm9k

White rapper Jon McMurray died while rapping on the wing of a plane. I bet he thought he'd make a big splash with that not a big splat. Hiphop is dead. These guys nowadays are out of ideas and have 0 street cred. What does standing on a plane wing got to do with musical talent.

"He was a beacon of light to follow your dreams"… Jon McMurray was Wing-Walking for a Music Video When he Fell to His Death in BC https://t.co/TMNv8lg9mx

Posted in Entertainment
← Explosive devices mailed to the Clinton and Obama residenceSuspect found in Bomb Threat to the Obama’s, the Clinton’s and CNN among others. →