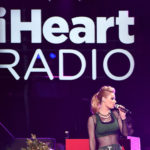 Mark Zuckerberg wants you to know that he cares, really cares, about journalism.

“I view our responsibility in news as two things,” he said in a wide-ranging conversation with a small group of news editors and executives assembled in Palo Alto for a journalism gathering known as Off the Record on Tuesday afternoon. “One is making sure people can get trustworthy news.”

The other, he said, “is building common ground in society.” It turns out that “common ground” is suddenly Zuckerberg’s preferred euphemism. (That, and “community.”)

“You’re not going to be able to bridge common ground,” he said, unless you have a “common set of facts so that you can at least have a coherent debate.”-The Atlantic

Every day I have racist people in my mentions. Just yesterday my friend got harassed by a homophobic man on Twitter. There are actually offensive people breathing on Twitter, and yet you suspend fan accounts who don't credit the pics they post? Shame#RIPTwitter

Wait did iHeartRadio’s account get suspended coz of copyright ?? EVERYONE DELETE YOUR VIDS OR PICS THAT YOU UPLOADED FROM VLIVE JXMDKSKS #RipTwitter

#RIPTwitter is the #1 trending topic with people criticizing the platform for suspending accounts over copyright, but not penalizing racist and homophobic accounts.

Should @Twitter put more emphasis on abusive accounts rather than on copyright, which in most cases it’s fair-use? pic.twitter.com/0DUvjBUTV9

“I think that’s fair,” Zuckerberg said. In a newspaper, he continued, publishing opinions in close proximity to the news is “pretty dangerous.” Facebook, on the other hand, is surveying readers to determine which professional news organizations are broadly trustworthy.-The Atlantic

Why is this trending and why is everyone saying iheart got suspended?? #RipTwitter

Okay but how is Twitter letting #RipTwitter trend? pic.twitter.com/oRRNm0ma7Y

So BTS stans started all this trend #RipTwitter ? ugh they are really this generation's little monsters. pic.twitter.com/o7jh8GrQl8

“So Facebook is a media company?” I asked him, as the conversation wound down. He chuckled. “That’s a real question,” I insisted. He laughed again.-The Atlantic

disappointed but not surprised #RipTwitter pic.twitter.com/wNB7yjIOUk