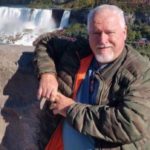 Clarification: Bruce McArthur will be in court to set a trial date on Nov. 5.https://t.co/yZxKpaA7Tq

Bruce McArthur, accused of killing eight men with ties to Toronto's gay village, has waived his right to a preliminary trial.
He is scheduled to appear next in Ontario Superior Court on Nov. 5. https://t.co/uyi2gWBjgi

TORONTO — An alleged serial killer who is facing trial in the deaths of eight men with ties to Toronto’s gay village has waived his right to a preliminary hearing.

Bruce McArthur, a 67-year-old self-employed landscaper, has been ordered to stand trial on eight counts of first-degree murder.

McArthur, wearing a black sweater over a blue shirt with blue jeans, made no eye contact with the alleged victims’ families that packed the small courtroom this morning. -CTV News

DEVELOPING: accused serial killer Bruce McArthur is in a jammed courtroom wearing a black sweater, blue shirt and jeans. He stands as he allegations against him are read

He’ll return to court on Nov. 5 when a date trial will be set.

McArthur was arrested in January and police eventually found the remains of seven men in large planters at a property where he had worked.

Investigators found the eighth set of remains in a ravine behind the same property in midtown Toronto.

Lead detective Insp. Hank Idsinga has said the probe is the largest forensic investigation in the force’s history.

Idsinga has said he doesn’t believe there are any more alleged victims. -CTV News

Toronto Police Det. David Dickinson tells us a team of six officers are still investigating Bruce McArthur. They received another tip today. When asked what he knows about a potential plea deal the detective had no comment. @CityNews pic.twitter.com/szMm3PloLc

Bruce McArthur to appear in court in person on Mondayhttps://t.co/m2Gs7FlB0b pic.twitter.com/a6HVybKMPz

After 9 months, the family of Selim Esen, alleged victim of Bruce McArthur, held an intimate memorial Friday. Those close to him spoke of his curious mind and his kindness, and I learned a lot there about this man, whose life was cut short. My story: https://t.co/8XO0CnNOt6

Cams not allowed inside but people who knew Selim Esen are sharing stories about him with his family. Police suspect Esen was a victim of alleged serial killer Bruce McArthur @CBCToronto pic.twitter.com/7YXCuJuxcO

A memorial and funeral for Selim Esim will take place today…one of the alleged victims of accused serial killer Bruce McArthur. Essen was reported missing in the spring of 2017. pic.twitter.com/Breg7KWrvi

Does your #Pride include @TorontoPolice? So does Bruce McArthur's.

Bruce McArthur is expected to appear in court this morning at College Park. He arrived at the courthouse a few minutes ago. pic.twitter.com/rbJmTODVtI

#Tessrichey & all victims missing in the Village have had their name and legacy live on with the creation of a dedicated missing person unit in Toronto. I only hope it will help other families during their worst nightmare. We certainly could've used it https://t.co/dsbAkAerdb

Toronto gets its first-ever missing persons unit in the wake of the Bruce McArthur investigation. https://t.co/CKNmjRfjWR pic.twitter.com/iUmkfSsOGE

Many in the gay community have had their faith in the police shaken by the cases of Bruce McArthur, Tess Richey and Alloura Wells. The cases have also cracked open old wounds, from the Bathhouse Raids to the “morality raids” in Marie Curtis Park. https://t.co/TN9dy5L40l

In addition to the Bruce McArthur investigation, many questions arose after the disappearance of Tess Richey. Two Toronto police officers are facing disciplinary charges for allegedly failing to properly investigate the young woman’s disappearance. https://t.co/F7XKPut6jH

"We’ve recognized the need to step up our game." In the wake of Bruce McArthur's arrest, amid urgent criticism of how police investigate disappearances, Toronto police create a dedicated missing person's unithttps://t.co/Wl1oPNZHmO