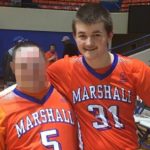 Two killed a seven other people were taken to hospital after a deadly shooting at a high-school in Kentucky.

There are 19 individuals who are being treated or have been treated. 14 of the wounded individuals received treatment as a result of gunshot wounds while the rest was likely as a result of trying to escape gunfire. 2 students have been confirmed to have passed away, one at the scene a 15 year old female student and the second a male student of the same age passed away at the hospital.

The Shooter, a 15 year old male was apprehend on the scene non-violently and used a hand-gun to commit the crime. According to police they were called to the scene around 7:57a.m and first responders arrived at 8:06 a.m. The quick response time may be attributed to the fact that this is the second shooting in the country and police have been training teachers and students within the area on how to react in these types of situations.

How bad is the gun violence problem in America?

2 students have been killed, 19 injured at Marshall County High School in Kentucky.

It has been 6 Hours since this tragedy took place.

If this was a Muslim doing the shooting, Trump would have tweeted 6 or 7 times by now condemning this attack.

But he was White…

Kids are shot in a Kentucky school.
We should probably get ready for thoughts and prayers from GOP and NRA

Student with handgun kills two classmates, injures 19 others before he's arrested at his high school in rural Kentucky. https://t.co/M52i3nDrxf

Was scrubbed into a kidney transplant when I heard several nurses prepare for the high school shooting victims helicoptered in from Kentucky. They were being rushed to the operating room next door. We had to remain focused despite feeling absolutely heartbroken.

In 2010 at a Kentucky gun show, Rand Paul said, "we’re clinging to our guns, our religions and our ammunition.”

Today in Kentucky, young people are clinging to life.

This afternoon, a 15-year-old brought a gun to his Kentucky high school, killed two people, and shot at least 14 others. Violence is so common in America in 2018, that's apparently not even devastating enough to distract from Oscar noms.

The Trump admin and GOP will roll out the "don't politicize this" defense about the Kentucky shooting, right before "thoughts and prayers." That's because the NRA owns their asses.

So please help "politicize" this. We owe it to mass shooting victims to rise up, push for change.

Today's shooting at a Kentucky high school was the third shooting at an American K-12 school in 24 hours. https://t.co/5bx5guFXWx

Posted in News and tagged kentucky, school shooting
← Video of Avalanche Attack in the Swiss Alps todayChina’s ban on Hip-Hop investment in Skilled Trades and a proposed Pay increase by 2020 →