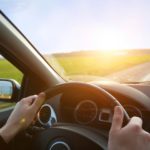 Uber the private transportation company has been making headlines since its launch in 2009. Last week the company made headlines again when they were banned by the TFL (Transportation for London). The London based subsidiary of Uber was deprived of their license due to “lack of corporate responsibility”. Their license is set to expire on September 30 after which the company will continue trying to appeal the ban.

According to the Guardian Uber’s chief executive, Dara Khosrowshahi released the following statement:

“The truth is that there is a high cost to a bad reputation. It really matters what people think of us, especially in a global business like ours. It’s critical that we act with integrity in everything we do and learn how to be a better partner to every city we operate in. That doesn’t mean abandoning our principles – we will vigorously appeal TfL’s decision – but rather building trust through our actions and our behavior. In doing so, we will show that Uber is not just a really great product, but a really great company that is meaningfully contributing to society, beyond its business and its bottom line.”

The London subsidiary currently hires about 40,000 drivers and services up to 3 million people. One of the major proponents of the ban is the lack of corporate support for divers including not providing proper sick pay, covering leaves of absences or providing the proper healthcare plan for its drivers.

Last year the company was in court over a claim from two drivers, James Farrar and Yaseen Aslam that drivers often times make less than minimum wage because the company would slash prices without notice. In the legal proceeding, it was also brought up that drivers had no healthcare or social security when they opted to work for the private transportation company. The company claimed the drivers were independent contractors and therefore the company held no legal liability. The courts, however, ruled that the drivers should be treated as workers rather than independent contractors.

Uber has gained popularity because of its prices and also its ride-sharing feature. Within London, Uber prices can be up to $5 cheaper than the TFL black cabs and can get even cheaper when going longer distances. The ban also brings into concern drivers who are currently hired to the company and what a permanent ban would mean for these drivers who depend on Uber to make a living.

Should the ban be lifted it is almost a certainty that Uber will have to change its policies in order to continue its operation in the U.K. The company has 21 days to make its case and a petition has been circulating online to support the reinstatement of Uber London. Click the link below to show your support.
https://www.change.org/p/save-your-uber-in-london-saveyouruber

Posted in News and tagged London, Uber
← Mike Pence Makes HistoryHugh Hefner passed away at 91 today. Take a look at his life! →