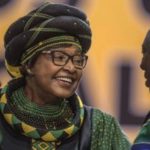 "It's very important to note here that while Nelson Mandela was unmistakably a towering figure in South Africa… Winnie Mandela did some absolutely appalling things…" – @Joe_Hildebrand #Studio10 pic.twitter.com/003ZctGopi

Winnie Mandela did a lot of good in the fight against apartheid, but some of her actions, were unforgiveable. The killing of Stompie Moeketsi is a stain on her memory.

Despite the controversy that surrounded after Nelson Mandella's release, South Africa has lost a Mother today. RIP Ms. Winnie Mandela.

Mandela family spokesman‚ Victor Dlamini‚ said: “She died after a long illness‚ for which she had been in and out of hospital since the start of the year. She succumbed peacefully in the early hours of Monday afternoon surrounded by her family and loved ones.”-The Times

If Winnie Mandela is known as the 'mother of South Africa' that explains a lot.

This lady tortured her own people to death in the most horrific ways.

For many years, she bore the brunt of the senseless brutality of the apartheid state with stoicism and fortitude. Despite the hardships she faced, she never doubted that the struggle for freedom and democracy would succeed.

She remained throughout her life a tireless advocate for the dispossessed and the marginalized. She was a voice for the voiceless.

In the coming days, as we mourn the passing of this heroine of our struggle, let us reflect on her rich, remarkable and meaningful life.

Let us draw inspiration from the struggles that she fought and the dream of a better society to which she dedicated her life.

Today we have lost a mother, a grandmother, a friend, a comrade, a leader and an icon.-Cyril Ramaphosa -President of South Africa

The fact that whites still hate her, it means Mama Winnie Mandela did not sellout.
"Long Live Winnie Mandela" pic.twitter.com/a0vhY9zxNx

Winnie Mandela was the symbol of resistance in the darkest days of Apartheid.

She was committed to Freedom to All and A better Life for All.

I’m disappointed but not surprised to see how many racists have come out of their holes to reply and laugh at our tweets while we mourn Winnie Mandela’s death.

My anti-apartheid activist mother Adelaine was often alone, showing solidarity, in the whites-only section of the public gallery. Once, when my younger sisters went with her, dressed in their primary school uniforms, Winnie bent down and kissed them, to the very evident horror and disgust of the onlooking white policemen, who spat and cursed. The very notion of a black woman behaving that way towards two blonde girls offended every apartheid instinct. But Winnie didn’t care. 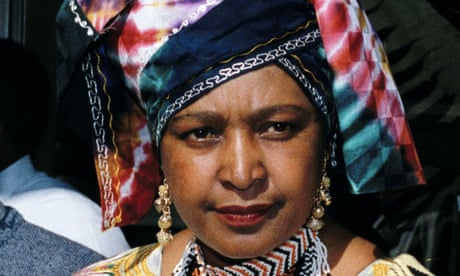 She was indomitably defiant. Later, suffering so much and bringing up her own two girls while Nelson Mandela served his 27 years in prison, she was beaten up, banned, then banished to remote Brandfort in the Orange Free State, harassed and imprisoned too.

Winnie Mandela was the epitome of evil.

A woman who epitomized how the power of a woman's love, intelligence and vision can change a culture. RIP Winnie Mandela ❤ pic.twitter.com/axAeS7re3u

We live in a country that treats FW De Klerk better than Winnie Mandela.

“You can NOT reform a sin.” ~ Winnie Mandela Rest in Power ancestor/eggun ✊? ❤️?? pic.twitter.com/rY3bHWkOte

"I have a good relationship with Mandela. But I am not Mandela's product. I am the product of the masses of my country and the product of my enemy." – Winnie Mandela pic.twitter.com/TCs1B5eXnR

Lest We Forget. Winnie Mandela in the hands of the enemy !! "…it suits u to remember the days of slavery. history can recall…." pic.twitter.com/x1hRFyAuM9 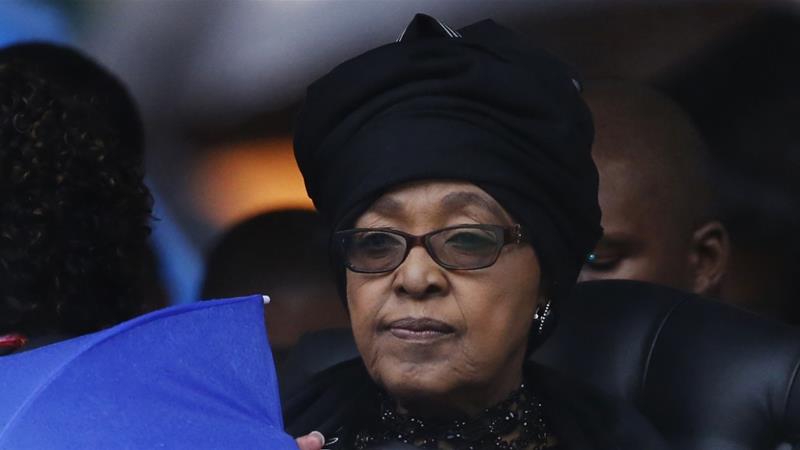 Her 80th birthday party in September 2016 was celebrated in Cape Town and attended by then vice-president Cyril Ramaphosa, opposition politician Julius Malema, and Patricia de Lille, the mayor of Cape Town.-Aljazeera

Posted in News
← Riots in South Africa Turn violent with up to 2 people reported deadShooter Identified in Youtube HQ shooting as Iranian. Act of Terrorism? →