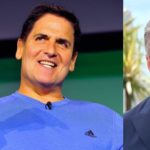 Cohen said that he’d been after the company ever since the theater chain was put up for sale seven months ago and that he also pursued it in 2011 when Cuban and Wagner tried to sell it the first time. “This is something I’ve always had my eye on,” he said.

Cuban and Wagner made their fortunes together as co-founders of Broadcast.com, which Yahoo bought for $5.7 billion in 1999.  Cuban is now best known for his appearances on reality TV show Shark Tank and his ownership of the Dallas Mavericks NBA team.  He and Wagner acquired Landmark in 2003 through their firm 2929 Entertainment for an undisclosed sum. Neither of the two responded to requests for comment. -Forbes

Mark Cuban Said Running for President Would be the 'Definition of Bad Parenting' But He Might Go for It Anyway https://t.co/F82WZn0KJo #entreprenuer #smallbusiness #workfromhome pic.twitter.com/gaVCHuVdf9