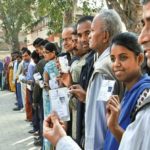 India has published a list which effectively strips about four million people in the north-eastern state of Assam of their citizenship.

The National Register of Citizens (NRC) is a list of people who can prove they came to the state by 24 March 1971, a day before neighboring Bangladesh declared independence.

Millions of people fled to neighboring India after Bangladesh declared itself an independent country from Pakistan on 26 March 1971, sparking a bitter war. Many of the refugees settled in Assam.

Under the Assam Accord, an agreement signed by then PM Rajiv Gandhi in 1985, all those who cannot prove that they came to the north-eastern state before 24 March 1971 will be deleted from electoral rolls and expelled as they are not considered legitimate citizens.

More than 32 million people submitted documents to the NRC to prove they were citizens, but four million of them have been excluded from the published list.-BBC

About 4 million people who live in Assam have been excluded from a draft list of citizens, as Bengali-speaking Muslims fear they will be sent to detention centres or deported https://t.co/H8y6Icq9NQ

The status of 4 million people in India hangs in the balance as the government did not include them in a list of citizens #tictocnews pic.twitter.com/Zq3EZ853Rd

Misplaced priorities in an age of climate catastrophe isn't just a US problem. And a slide into open fascism is a growing worldwide threat. Govt. of India compiles a "citizens list" to make millions stateless. Muslims, of course.https://t.co/ZsbjWjsOEZ

Add to that the Hindu citizens of Pakistan, Bangladesh, Myanmar it is always ready to accept into India #Hypocrisy https://t.co/y1pTT9bOvI

wait for thousands of court cases, which will be filed by legal citizens of India, challenging NRC procedures, yes many are helpless due to poverty but not all. Hv heard some r determined to take it to court.

In India, as in most countries, immigration procedures are very lengthy, illegal immigration is an absolute no-no, and even long-standing citizens of foreign extraction can be stripped of papers en masse https://t.co/xvIBJz5EOW

Absolutely true. Not a single person is entitled to stay in India unless he or she is citizen of India. Illegal are bound to go and they must go in broader national interest.

"It's important for any country to establish who is a citizen and who is not."

India's High Commissioner in London YK Sinha on the news that four million Indians have effectively been stripped of their citizenship in #Assam. ? https://t.co/W87thc89hV pic.twitter.com/vQ2Ucl4x1j

Another terrifying and senseless attack on the citizens of India by a totalitarian regime. How is this justified? Another Rohingya crisis in the making? #NRCAssam https://t.co/IBTQ33BB2l

Another of today's headlines "millions may lose Indian citizenship." Upon reading, those millions may not be citizens in the first place. Cannot lose what you do not have. Headline could easily have said "millions of Bangladeshi citizens living illegally in India may have to go"

So just because Bangladesh won't accept their citizens living illegally in India, we allow these 4 Million Illegal Muslims (mostly) to remain Congress' voters? Allow all the incentive & benefits available to Indian Citizen?
Why don't u invite them to live with u in Ur Bungalow?

To deport you need a country that accepts those are its citizens. Bangladesh says it has no illegal citizens in India. So where do you send them. That’s the problem EU had with refugees. Last nation with them was left holding them.

#ExpressExplained | Where do 40 lakh Assam residents go after being left out of citizens draft? A look at their immediate legal options, followed by long-term uncertainty for those who could still be “stateless” in India. @saha_abhi1990 explainshttps://t.co/M82s7gceRl

Four million people's names are not recorded as citizens of India in the eastern Indian state of Assam. The Hindu nationalist government calls them Bangladeshi intruders by they people claim that they have… https://t.co/qkesTpgaIo

#IndiaSupportsRafaleDeal
National Register of Citizens is Congressi brainchild. 40 lakh ppl whose name have been excluded should not worry, They will get a chance.
As long as name is in voters' list, we are citizens of India: #IndiaForIndians
Former Assam Congress CM #TarunGogoi https://t.co/sZndxYx3Eh

No one is stateless. You are a citizen of the nation where you were born, in harmony with 14th amendment. Even noncitizens are humans with rights to life, liberty, property, pursuit of happiness. Whether hindu or muslim isblegally irrelevant. India should not be detaining them.

India is about to remove 7 million muslims from its national register of citizens in Assam because they speak a different language and worship a different God. When will the world finally call India out on its persecution of muslims? This is how genocides begin. #India #Terrorist

India: we want our sons and daughters to go abroad and settle down in a whole different country, in the US/UK, and become citizens

Also India: Bangladeshi immigrants? Here, in India? Who have been living here for years? No no no they have to go https://t.co/jXYCPXEBt6