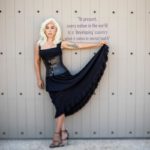 By the time you finish reading this, at least six people will have killed themselves around the world.

Those six are a tiny fraction of the 800,000 people who will kill themselves this year – more than the population of Washington DC, Oslo or Cape Town. Sometimes they are famous names such as Anthony Bourdain or Kate Spade that make headlines, but they are all sons or daughters, friends or colleagues, valued members of families and communities.

Suicide is the most extreme and visible symptom of the larger mental health emergency we are so far failing to adequately address. Stigma, fear and lack of understanding compound the suffering of those affected and prevent the bold action that is so desperately needed and so long overdue. -Lady Gaga and Tedros Adhanom

Today is #WorldMentalHealthDay — 1 in 7 Americans will experience a serious mental health condition in their lifetime. We have to de-stigmatize the issue so everyone can get the care they need. I will include and prioritize mental health in all discussions of health care access.

PARTY TIP: Sometimes the only thing that helps is cuddling an animal.#WorldMentalHealthDay pic.twitter.com/XABbY8fZrT

Please listen to and love those around you. We all need a friend sometimes. #WorldMentalHealthDay pic.twitter.com/yQOw8QFA4d

It’s #WorldMentalHealthDay so get out there and do something FOR YOU today. Walk. Nap. Journal. Draw. Read. Take the day off. Your mental health needs to be your priority, no matter how selfish it feels. No one else knows what it’s like in your head. Do something for you today.

1/ Many years ago, my wife asked me to go to the doctor because she was worried about my mental health.
I said no.
I had been raised in a world where if something was wrong with your mind, you either accepted it or tried to overcome it through strength.
#WorldMentalHealthDay

We all have weird little minds that work in ways we’ll never quite understand. As long as we understand that and talk about it the world will be a better place. You’re not alone. Talk. Cry. Share. Someone’s always ready to listen #WorldMentalHealthDay

You’re stronger than you know.

But it’s okay to lean on each other for support. ✨? #WorldMentalHealthDay pic.twitter.com/8DPlUkcij5

YOU are NOT alone
YOU are beautiful
YOU are important
YOU are someone that matters
YOU are a part of this
YOU are loved by ME
YOU are NOT ALONE!

If you feel like NO ONE hears you or understands you,
at least know that I DO.

Happy #WorldMentalHealthDay today marks 30 days since a failed suicide attempt that I committed. Today I’m healthy mentally and physically due to the support of friends and family. If you’re suffering remember that it’s possible to make it. Don’t give up…. pic.twitter.com/5JTZ4fkuvY

Here’s to #WorldMentalHealthDay . Your feelings are valid, and you matter. Speaking up can be difficult but it makes such a big difference. You’re not alone?

It can be extremely difficult to explain what's going on in your head when you don't even understand it yourself. Let's remove the stigma & help others pls, okay? Taking care of yourself is SO IMPORTANT ❤️ #WorldMentalHealthDay

On #WorldMentalHealthDay, and every day, Dwayne Johnson wants you to know that you are not alone. pic.twitter.com/MfwPtjF21R

#WorldMentalHealthDay I understand your pain. Trust me, I do. I’ve seen people go from the darkest moments in their lives to living a happy, fulfilling life. You can do it too. I believe in you. You are not a burden. You will NEVER BE a burden.

Suicide is a major cause of death for young people in the U.S.
According to @NAMICommunicate:

would u tell a diabetic not to take insulin to regulate their blood sugar? it's the same with mental illness, it's a chemical imbalance that needs to be treated. we are so accepting of any other part of our bodies breaking down besides our brains. #WorldMentalHealthDay

A friendly reminder to be kinder to no.1 on #WorldMentalHealthDay ❤️? pic.twitter.com/v8LHkDa9bx

Gambling addiction took me to a dark place and I was on the verge of taking my own life. I was fortunate in getting support, I haven’t gambled in 8 years and now I’m doing ok. We must provide mental health and addiction support services for everyone urgently #WorldMentalHealthDay

Research suggests that mental illnesses are so common that almost everyone will develop at least one diagnosable mental disorder at some point in their life. #WorldMentalHealthDay https://t.co/qY30EdDG3j