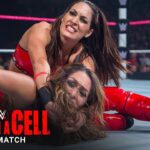 “In these fights, I would try to stand up for myself. By December 2014, I was pushing back, I’d push him off me, I tried to hit his hands away. I tried to always get back up, which would sometimes— not sometimes, almost always made it worse, always seemed to provoke him. But I tried,” said Heard. “I would yell at him, scream at him. I’d call him ugly names. So ashamed of the names we’d call each other. It was awful. And we both got into that pattern. I felt so angry that this was happening to me, and it just felt so unfair.”

She added, “Nothing I did made him stop hitting me. Nothing.”

“I tried to freeze, I tried going to a different place. I would try then lashing out verbally. I would try to threaten that if he hit me again that I would call the police. Police were called several times,” she said. “I tried to do everything. I even threatened to leave him — tried to leave him. Nothing was working. And I think by this point in our relationship, we’re both saying awful things to each other, screaming at each other and, unfortunately, when Johnny would start hitting me, he’d just win. I don’t know how else to describe it.”

Earlier in the trial, Depp said under oath, “I’ve never struck Ms. Heard. I have never struck a woman in my life,” contradicting Heard’s testimony, which also included times when he allegedly slapped her, kicked her and sexually assaulted her. -People

All the makings of a soap opera story line. Steve Burton confirmed his separation from pregnant Sheree Burton after 23 years of marriage.

“I wanted to clear something up. Sheree and I are separated,” the 51-year-old former General Hospital star wrote on Wednesday, May 4, via Instagram Stories. “She recently announced that she’s expecting her 4th child. The child is not mine.”

“We are still co-parenting our three beautiful kids,” he continued. “We would appreciate privacy at this time. Much luv, Steve.”

Sheree, for her part, has yet to comment on who the father of her fourth child is. (Us Weekly reached out for comment.) “Life sure is full of surprises!” she wrote alongside a snap of her baby bump via Instagram Stories earlier this month. -Us Weekly

Elisabeth Moss has just revealed the one celebrity that left her completely speechless.

During her appearance on Watch What Happens Live! this week, the Shining Girls actress shared that the celeb who got her so starstruck that she couldn’t even speak was someone she previously worked with.

Elisabeth revealed to host Andy Cohen that it was none other than Sandra Bullock who left her speechless.

“Have you ever embarrassingly fanned out over another celebrity and deeply regretted the impression you made?” Andy asked her, and Elisabeth quickly named Sandra.

“I just didn’t know what to say,” she recounted. “She’s so cool, and she’s so funny, and we stood backstage next to each other at God knows which thing, and I just stood there and didn’t say anything to her.” -Just Jared

Nikki Bella will serve as host for a new celebrity game show on the USA Network.

According to a report from Deadline, Blake Shelton and Carson Daly are set to both star in and produce the show as well. It will take place from Shelton’s Nashville bar ‘Ole Red’ and feature celebrities facing off in a series of popular bar-themed games.

“Blake, Lee and I wanted to create a show where the audience can feel like they’re hanging out with us at Ole Red in Nashville, having a drink and cheering on friends as they compete in the ultimate test of athleticism and endurance – bar games!” said Daly.

Daly will serve as bartender and Shelton will play with the band while Bella hosts.

An official description reads as follows:

“In each episode, two celebrities will play a unique set of five games in the bar to win a much-needed prize for a viral Internet sensation each has chosen to support. Plucked from obscurity following their epic misadventures on the Internet, these now-infamous stars find themselves at Ole Red hoping to be redeemed. The competition heats up when the losing rival of each round has a chance to even the score by spinning the Wheel of Redemption, a risky move with hilarious consequences. Shelton and Daly will offer words of encouragement – and heckling, of course – to their celebrity friends. On occasion, they might even step in to show off their skills and play a game or two. Ultimately, the winning team takes home a prize while the losing celebrity must accept the shame of defeat. But this is Barmageddon – even if they did not win, at least they had a ton of fun trying.” -f4oneline