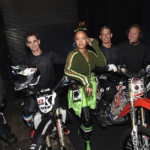 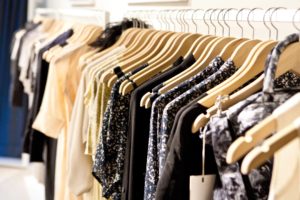 New York Fashion Week (NYFW) ran from September 7th to 13th this past week. The fashion world was a blaze and here are some of the highlights.

At beginning of the week, Rihanna dubbed NYFW, Rihanna Inc; as she released her much anticipated makeup line Fenty Beauty. The line made waves because of the “all inclusive” formula Rihanna chose to go with, and the 40 shades the line boasts.

Later in the week, Rihanna would continue raising the bar when she dazzled guests by getting professional dirt bikers to showcase her models and her line in collaboration with Puma. The clothes were edgy and ready to wear; the men did stunts, on stunts, on stunts, at a fashion show!

Rihanna ended the show In a green suit from her line, all smiles on the back of a Dirt bike.

The perfect end to a spectacular show. Which supports the argument that this Fashion week will always be remembered by some as Rihanna Inc.

when the X-Games come to fashion week. Thank you guys for making this show the best one yet! I feel like the coolest bitch on the block now! Lol! #FreestyleMX ❤️ #FENTYxPUMA

This one is better @chromat ?

She released a stream of photos throughout the week for her new collaboration with Addition Elle and Cosmopolitan. And attended the Haspers Bazaar Icons Party.

Out now! Love my Additionelle Family !

New York Fashion Week was on my bucket list back when I was signed to Ford Models years & years ago. My height was seen as a road block years ago which led me to give modeling a long break and focus on school. The spark was obviously still there; the dream never died. This moment was truly a blessing ???? Always believe, you never know what could happen when you least expect it ?? Thank you @adrianasahar !!

I mean it when I say I never wanted to be a model. It was never a dream for me it just sort of kept pulling me towards it. With that being said, once I started I thought it would be easy but it never has been. Not then, not now. No matter what I do or how many boundaries I break down, someone will build them back up or there will be new ones to break. I've been so devastated before by each show I Don't get and each job I'm turned down for. A couple months ago I had to stop and realize all that I've accomplished, and it's A Lot! Like.. I really just walked for @THEMARCJACOBS! To some I seem like I'm on top of the world but I'm just never satisfied with what I accomplish because I always feel like more can be done. I always want to push through more doors and break more boundaries. Not for me, but for future generations who will get to live in the world WE create. They said the children are our future.. that was us. The future is now. We are now. Thank you Marc and everyone who has let me grace your runway in the past and in the future. Thank you for not trying to make it a "statement" by having me in your shows, but just actively adjusting the ideals of "normal" or "beautiful". The career I have and the life I lead wasn't my plan for myself, but Gods plan for me. The longer I do this the more I realize how iconic it all really is! I'm the first, I'm a trailblazer, and I'm grateful for the support I receive from all of you!!!!! ❤️❤️??? Thank you so much!

Gasping at how tall I feel ?

Slaying the other night in #OscarDeLaRenta Hmmmmm which Barbie should I give the girlies today?