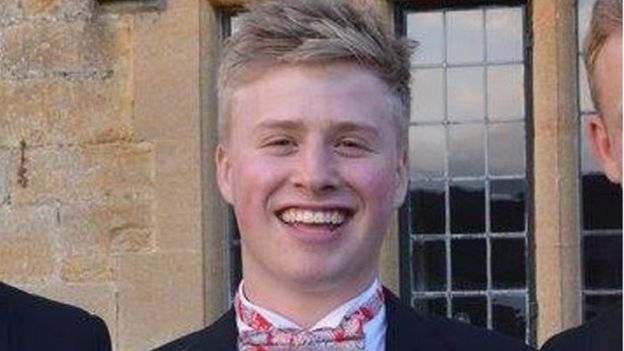 A medical student killed himself after a WhatsApp message about a romance with a classmate was shared on social media, an inquest heard.

It led to Swansea University excluding him from lectures as a punishment.

The “embarrassed” 22-year-old was later found hanged in a wood in Monmouthshire.

Senior coroner Wendy James said: “Despite having the support of a loving family, it was not enough for him to get through a stressful period in his life.

“Not knowing what the ramifications would be, he felt isolated and became overwhelmed.

“It is not unusual for young people to make mistakes. But his biggest mistake was dwelling on that one mistake.”-BBC

The notion that smartphone / internet access is going to make people any smarter, or better informed, more capable … yeah, right on. https://t.co/AbYFDJsq9K

Fake news on WhatsApp is killing people in India. This female cop is fighting back. @iainmarlow explains more for #tictocnews https://t.co/xVsGiE7ePt pic.twitter.com/p1mEpsUjzO

Disturbing trend on how rumours that spread on social media platforms @face@WhatsApp leading to human killing, do these platforms and emerging platforms have a responsibility to curb such rampant spread of false rumours? https://t.co/vKKiWISLhU

The platform plays a role. But what about us? A rare species: killing our own, to defend a god we’ve never seen! https://t.co/EyB0cCZ59s

A single rumor on WhatsApp led to the lynching and murder of 29 Musims last year.

Hundreds of millions of Indians are being introduced to social media generated fake news for the first time, and it's having deadly consequences for Muslims.https://t.co/KcjVcE40Ye

Before you join them in spreading that Whatsapp message, do a little bit of fact finding.

Student stabbed friend to death after WhatsApp row over who was ‘least gay’ https://t.co/0jKZZnE7Tt

"Nadeem James was arrested after a close friend of his accused him of sharing anti-Islamic material…" https://t.co/2ZULo1ptMd #ShariaLaw

Posted in Entrepreneur
← 28 years since the last reported use of a nerve agent a Amesbury couple were exposedA Case of Defamation: A Mcgill Professor is suing the school and a student for $600,000 →